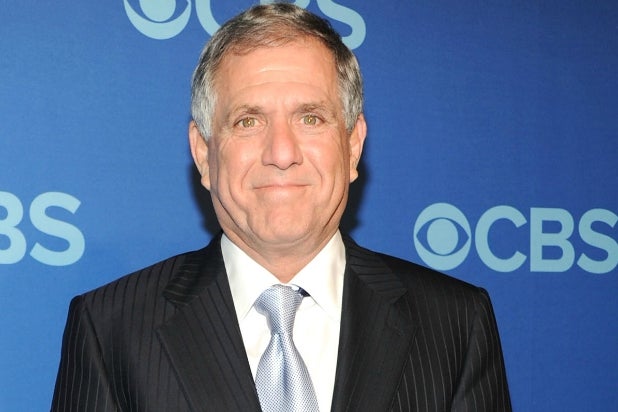 CBS chairman and CEO Les Moonves couldn’t be happier with all of the mud-slinging going on between the GOP Presidential candidates.

“We have a year of poltical advertising that looks like it’s shaping up to be pretty phenomenal,” Moonves said at the UBS Media conference on Monday. “We have 16 GOP candidates throwing crap at each other. It’s great. The more they spend, the better it is for us. Go Donald! Keep getting out there and–this is fun.”

“It hasn’t been a distraction and nothing is going to change,” he said of the court case surrounding Redstone. “I hope Sumner lives to be 150. Our management is running the company. We have a great board of directors. We’re very secure. We’ve been running the company very well and the future looks very bright.”

Earlier at the same conference, Viacom CEO Philippe Dauman called for decorum regarding news of Redstone’s medical and mental health. “They’re talking about a human being…who has accomplished a whole lot,” he said. “We should retain a sense of decency here.”

Also during Moonves’ speech, he was bullish on the future of CBS as it enters more into the streaming space with its CBS All Access service.

“Frankly, without sounding arrogant, nobody can live without CBS,” he said. “Whether you’re a football fan, or a Stephen Colbert fan, or a ’60 Minutes’ fan, or a ‘Big Bang Theory’ fan, or an ‘NCIS’ fan, you need CBS in your home and there are few homes who could live without it.”

Moonves also admitted that advertising for Super Bowl 50 has not sold out yet, but that is not uncommon. “The demand for the Super Bowl has been extraordinary,” he said. “But as you get closer and closer to the game, there is some advertiser that has to be in the Super Bowl.”

“Two weeks before, some movie producer who thinks he has a bad movie but convinces the studio they have to spend more money for it, they’re going to beg us for two spots that will go for north of $5 million a spot,” he continued.

Speaking of football, Moonves also said that his network would not pay a “stupid price” to continue broadcasting “Thursday Night Football.”

Finally, Moonves said that there were no “grand slam homeruns” out of the CBS television lineup this season, which includes “Supergirl,” “Limitless,” “Life in Pieces,” and “Code Black.”

“We launched four shows. All of them are successful,” he said. “Are there any ‘ER’s’ or ‘CSI’s’ or ‘Survivor’s’ in that group? No, but there’s a lot of nice solid hits that are going to sell for years and years to come.”