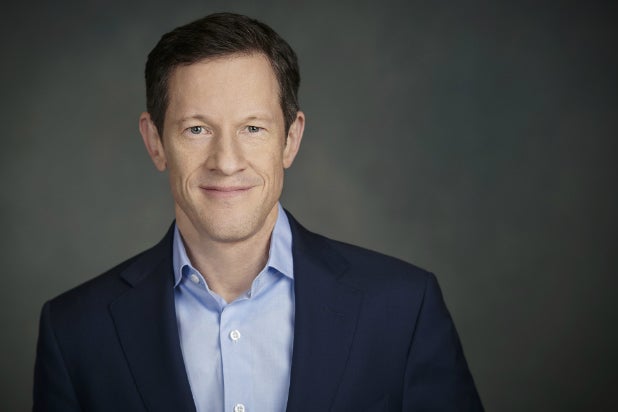 CBS Chief Communications Officer Dana McClintock is exiting the company at the end of June. He’s worked in the CBS communications department for 27 years.

As often happens in a merger situation, the outgoing CEO’s — Joe Ianniello, an interim one, in this case — communications lead follows him or her out the door.

McClintock, who started as a 21-year-old press liaison for David Letterman, does not yet have a new job lined up, we’re told.

Below is McClintock’s farewell memo that went out to staff and was obtained by TheWrap.

After 27 years in CBS Communications, I’ve had a hand in writing a variety of goodbye memos, and now it’s time for a version of my own. It’s time because the integration of the ViacomCBS Communications Department is well on its way, and I feel confident that we have people in place, from both Companies, to set us up for success going forward. I will continue to assist in this regard right on through my last day which will be June 30.

While some sentimentality is inevitable in times like these, I am pleased to say I feel entirely content that my CBS story is complete. From Letterman press rep to chief communications officer, I have been fortunate to participate in a media evolution that featured immense change, unimaginable challenges and rewarding success.

Along the way I have served some of the biggest and best brands in the business. And as much of a pleasure as that has been, it doesn’t come close to the gratitude I have for the colleagues and reporters that have made me feel welcome, supported me and inspired me, ever since my first day as a 21-year-old at Black Rock. In the end it’s always about the relationships and connections that make any job tenure great, and I’ve had more than my share.

So while I may not be saying goodbye just yet, I am saying thank you, for sharing this ride with me, and for all you’ll do to grow this Company into the future. I look forward to connecting with you again before I depart, and staying in touch beyond that as well…

On Friday, ViacomCBS promoted Justin Dini to the executive vice president level. With that title, Dini will serve as head of communications at the combined company.

CBS and Viacom officially re-merged in December. Bob Bakish, who ran Viacom, is in charge of the combined company. NBC alum George Cheeks is replacing Ianniello on the entertainment side of CBS.