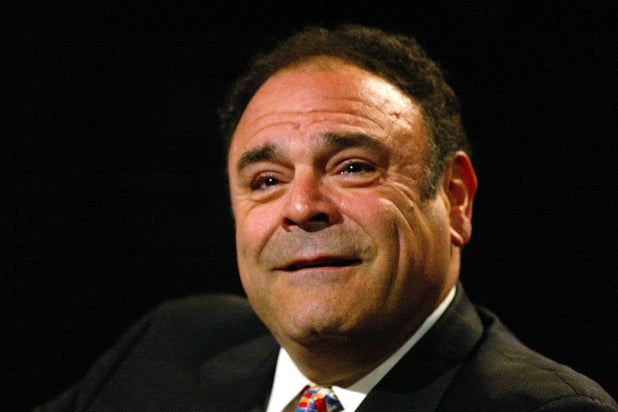 “As fans of arcane SEC filings have noted, I had the option of stepping away early this past summer, but given the exigencies of corporate life at that juncture, I elected to stay in place for a while,” Schwartz said in a memo to staff, which was obtained by TheWrap. “Now seems like a much more appropriate time to move on. The corporation is establishing a new direction, full of hope and promise. And I still have a lot of writing to do, in an atmosphere of perhaps some greater serenity.”

His retirement comes during a period of massive change for the company, following the forced resignation of CBS CEO Leslie Moonves (whom Schwartz directly reported to), in the wake of multiple sexual misconduct allegations. In his place, at least temporarily, is Joe Ianniello.

CBS’ board of directors, following the settlement to end a nasty legal dispute between the company and its majority stakeholder, National Amusements Inc., also saw a shakeup. Earlier this week, Richard Parsons was named interim chairman of the Board of Directors, and Bruce Gordon and William Cohen departed. The move comes a few weeks after a shakeup on the CBS board of directors that saw five independent directors and one National Amusements Inc.-affiliated director exit.

Gil Schwartz has been in his post since June 2000. Schwartz was previously senior VP, Communications, CBS Corporation, prior to the Company’s merger with Viacom. He joined CBS in that capacity in 1996 after 14 years with Westinghouse Broadcasting (Group W), having served the communications requirements of all aspects of that company’s operations before its merger with CBS

You can read Schwartz’s full memo below:

Also Read: CBS Board Shakeup: 6 New Independent Directors In and 6 Out as Les Moonves Exits Company

This note is to let you all know that, effective November 1, I will be retiring from CBS.

As fans of arcane SEC filings have noted, I had the option of stepping away early this past summer, but given the exigencies of corporate life at that juncture, I elected to stay in place for a while. Now seems like a much more appropriate time to move on. The corporation is establishing a new direction, full of hope and promise. And I still have a lot of writing to do, in an atmosphere of perhaps some greater serenity.

I am also very happy to say that I leave our lean, focused Communications department in wonderful shape.  Under the guidance of Dana in New York and Chris in LA, with seasoned pros like Kelli at Corporate, Christa at News, Jen at Sports, Johanna at Showtime, Susan at Interactive, Adam at S&S and Mike at our Television Stations, and with Photo firing on all cylinders under Gail’s steady hand, I know the important messages that make us strong will keep on coming through the crazy, noisy media environment loud and clear.

I started at this job back when we all worked on dedicated word processors and the phrase “I’ll get back to you tomorrow” was considered a rapid response. Today, it is not uncommon for reporters to call after they post a story to see if they need to make any corrections. But, as the world has changed, so have we, and I believe this department continues to define excellence in what we do. I’m very proud of that and always will be, and of all of you.

So now, after a millennial lifetime at this company, I take my leave, not without a certain heaviness of heart, I do admit, but with a new and not unwelcome lightness in my step as well.

Thanks, everyone. Keep up the great work.