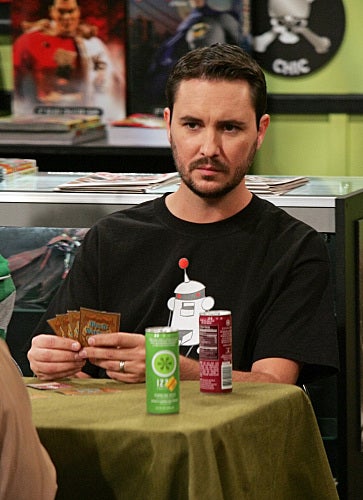 UPDATE: Final numbers are in, and "BBT" did, in fact, notch its best-ever total viewer ratings Monday.

Did Twitter and actor Wil "Wesley Crusher" Wheaton give Monday’s episode of "The Big Bang Theory" a Nielsen boost? Maybe.

A few days ago, "BBT" showrunner Bill Prady put out the call to his 8,000-plus followers on Twitter.

"Twitterverse, what’s our plan to show the power of the online world and make the @wilw ep on Mon. the most watched ever?" Prady tweeted. (@wilw is Wheaton’s Twitter handle).

Prady was no doubt hoping to tap into Wheaton’s superstar status on the microblogging service (he has well over 1 million followers). And Wheaton did his part, too.

Working with CBS publicity, news of Wheaton’s guest shot was first announced by Wheaton via his Twitter feed. The actor also mentioned his appearance several times on Twitter as well as on his blog, and he re-Tweeted Prady’s call to action.

CBS’s marketing team even seemed to get into the spirit, airing a promo for this week’s show built around Wheaton’s visit.

The result? The already red-hot "BBT" scored its best ever Nielsen numbers among the Twitter-friendly demo of adults 18-34 Monday (3.9/10), rising an impressive 15 percent above last week’s tune-in among that group.

And in total viewers, the show had its second-best ratings ever, according to preliminary fast national Nielsen numbers. CBS researchers think there’s a chance Monday’s "BBT" could still end up being the highest-rated yet once final numbers come in later today.