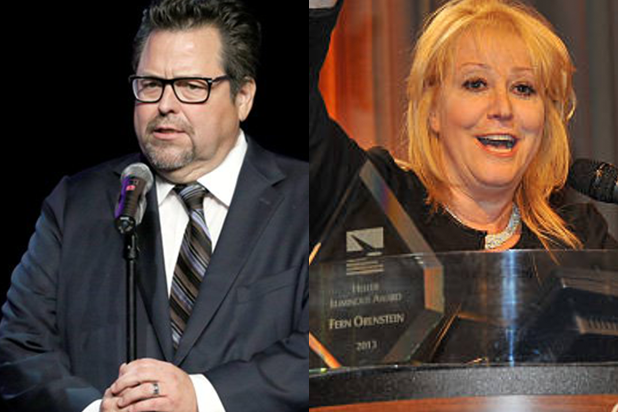 CBS’ Diversity Sketch Comedy Showcase may not be champion the diverse ideals you might think, according to several past participants.

In a report published Friday, 20 past participants of the annual workshop told Vulture that casting director Fern Orenstein and the program’s former director Rick Nanjera required black actors to play slaves in sketches, asked Latina actresses to “slut it up” and body-shamed performers of both sexes.

Nanjera resigned last month after an investigation by CBS into sexual harassment accusations against him but Orenstein remains employed as the network’s VP of casting. It’s unclear if she is still involved with the 13-year-old program, intended to provide support for actors and writers from underrepresented communities.

Actor Bobak Cyrus Bakhtiari, an actor of Iranian descent who has had roles in “Silicon Valley” and “Homeland,” participated in the program in 2015, but said he was cut before the showcase because he started cutting rehearsals because he was tired of playing terrorist roles in sketches.

“They had very idiosyncratic ideas of what it meant to be gay or black or brown,” he told Vulture. “Maybe if it was 1988 in Cincinnati, that would be what serves the mass culture machine. Or maybe they didn’t get what the purpose of the diversity showcase is. There was an important job description that was left out, and they were like, ‘Yeah, we’ll just f—ing rack up some brownie points on racism here by enhancing the racism.'”

Rachel Bloom, who never participated in the program but works for CBS as the co-creator, star and executive producer of “Crazy Ex-Girlfriend,” said it was an “open secret” that the program was a “bad experience.”

After hearing “these stories for years,” she looked into how participants could complain and posted directions to her Facebook after speaking with a human resources representative.

“The stories I’ve heard, and that pretty much almost anyone in the L.A. comedy community has heard, were less about sexual harassment and more about racism, homophobia, sexism and body-shaming,” Bloom told Vulture.

These instances of body-shaming were perhaps most prevalent. Participants told Vulture that Orenstein, who casted the original “Baywatch,” “harangued all the average-weight actors to lose 10 to 20 pounds, and bragged to us that she starts eating disorders,” one female writer from the 2014 showcase told Vulture.

The other common complaint was racism. Participants said that Orenstein called participants “by their ethnicity instead of their names,” and that she would deliberately confuse actors of the same ethnicity with one another “in an attempt to throw them off their game.”

CBS’ EVP of diversity, inclusion, and communications Tiffany Smith-Anoa’i, who was put in charge of overseeing the showcase in 2015, nixed one sketch involving a slave plantation that Orenstein had approved, Vulture wrote.

A CBS spokesperson declined to tell TheWrap if Orenstein is still working on the showcase, but told Vulture the network is “aware and appreciate[s] the concerns that have been expressed in this story.”

“Over the past eight months or so, since the first word of this came to our attention, we believe CBS has taken significant steps to address individual behavior,” the statement reads.

It goes on: “We have introduced a wide range of cultural sensitivity training for all Showcase leaders, including seminars on micro-aggressions and unconscious bias. Those efforts will continue. We are also excited about the Showcase’s new leadership and committed to building on its outstanding track record of opening doors for its many talented performers in an environment that invites creative risk-taking while respecting race, gender, national origin, ethnicity, ability and sexual orientation.”