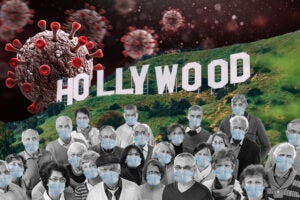 ”The Voice,“ ”Dancing With the Stars“ and ”Big Brother“ are, however

CBS courageously aired an “Essential Heroes” special last night. While we applaud the sentiment, no one there is clapping over the TV ratings.

Also performing relatively well (like “Big Brother,” and definitely not like “Essential Heroes”) on Monday was NBC’s “The Voice” and ABC’s “Dancing With the Stars.” ESPN’s NFL property “Monday Night Football” aired on a few local ABC stations, which may have boosted that broadcast network’s initial Nielsen numbers.

NBC and ABC tied for first in ratings, both with a 0.9 rating/5 share in the advertiser-coveted 18-49 demographic. NBC was first in total viewers with an average of 6.1 million, according to preliminary numbers. ABC was second with 5.3 million viewers.

Fox and Univision tied for fourth in ratings with a 0.3/2. Fox was fourth in total viewers with 1.5 million, Univision was fifth with 1.2 million.