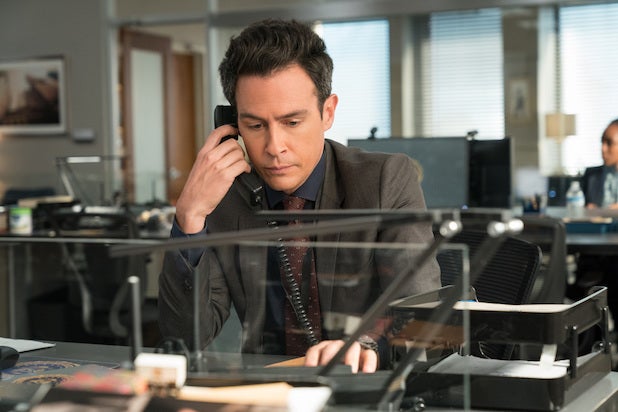 Only one Big 4 broadcast series actually grew its TV ratings from the first week of the 2019-20 television season to the second. Congratulations to CBS drama “FBI” — at least one branch of the federal government is actually improving these days.

Counting a week of delayed viewing, the CBS procedural grew from a 1.56 premiere-week rating in the important adults 18-49 demographic to a 1.58 on the following Tuesday night, according to Nielsen. That represents an enormous increase of — wait for it — 1.2821%.

This is the second season of “FBI,” which was created by Craig Turk and Dick Wolf and follows “the inner workings of the New York office of the FBI, bringing to bear all the Bureau’s skills, intellect and mind-blowing technology to keep New York and the country safe,” according to the show’s logline.

In the key ratings demo, “FBI” is a modestly successful show. “FBI” is currently the 30th highest-rated series on broadcast TV, thought that is somewhat muddied by seven slots dedicated to football programming. (Plus one for the season finale of CBS summer competition “Big Brother.”)

In terms of total viewers, “FBI” is a runaway train, ranking only behind its lead-in “NCIS” and NBC’s “This Is Us” in terms of entertainment series.

A few other series came close to pulling off even the slightest of increases from Week 1 of the 2019-20 TV season to Week 2.

Look how perfectly that worked out, one apiece.

We should point out here that we’ve excluded Fox’s Sunday shows as late NFL football in Week 2 inflated the ratings for the network’s primetime lineup. CBS had the late-afternoon game in Week 1.