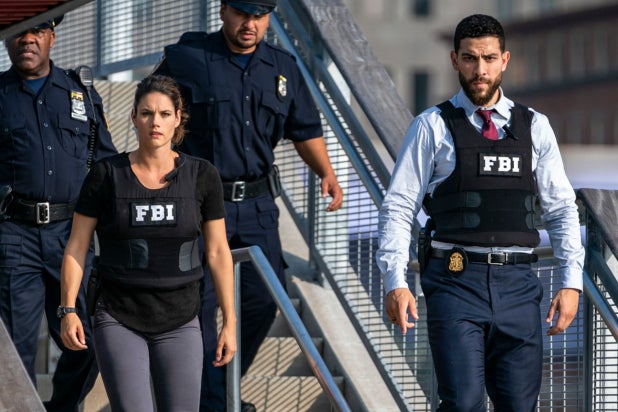 One day after making its second showrunner change, CBS has given a full-season order to its Dick Wolf-produced drama, “FBI.”

The series got off to a solid rating start on Sept. 25, debuting to 10.1 million viewers and a 1.3 rating in the advertiser-preferred adults 18-to-49 demographic, holding most of the audience from its lead-in, “NCIS.” The series has largely maintained that audience, with Tuesday night’s episode drawing 9.1 million viewers and 1.0 rating in the demo.

The drama, which centers on the inner workings of the New York City office of the Federal Bureau of Investigation, has undergone some drama of its own behind the scenes. Original series creator Craig Turk, who wrote the pilot, was replaced in July by Greg Plageman. On Wednesday, Plageman departed the series, replaced by Rick Eid and Derek Haas, vets of Wolf’s “Chicago” franchise on NBC.

Eid is the current showrunner for “Chicago PD,” while Haas stewards “Chicago Fire.” Eid and Haas will continue in their respective “Chicago” duties, while co-showrunning “FBI.”

Per an insider with knowledge of the situation, Plageman was brought in to “right the ship” following Turk’s departure. The network, producers and studio are all said to be happy with the direction of the show and its ratings. Thursday’s full-season pickup represents a strong vote of confidence.

Now that the series is said to be back on track, Plageman is returning to his own projects under his overall deal with Universal.