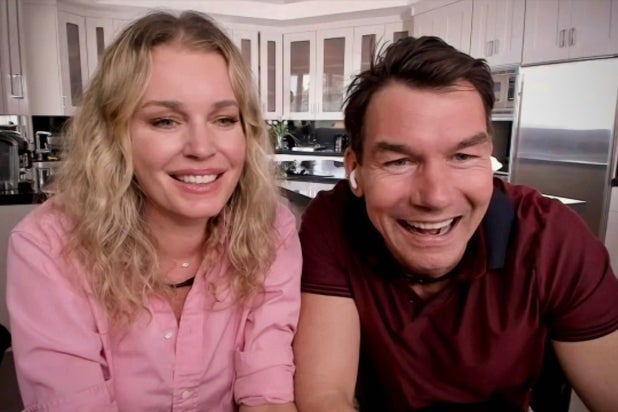 It’s come to this. Fed up with their lengthy locks, celebrities including Kelly Osbourne and Olympian Lindsey Vonn will attempt to cut their own hair on CBS.

The one-hour special, “Haircut Night in America” will feature top stylists guiding viewers, celebs and frontline healthcare workers on how cut their own hair, which has, like the rest of us stuck in quarantine for the past few months, probably gotten a bit unruly. The special, which will air Friday, May 28, will be hosted by Jerry O’Connell and Rebecca Romijn.

In “Haircut Night in America,” top stylists will expertly guide celebrities in a “cut-a-long” from their homes and reveal the final looks, no matter the outcome. They’ll also weave in tips and tricks for viewers to achieve the best at-home coifs, turning DIY hairDON’Ts into hairDOs! Also, O’Connell and Romijn will highlight some of the best self-haircare moments that have hit social media while sheltering in place.

The special will also include NHL superstar P.K. Subban.

“We’re all in this together, and we’re all starting to look a little shaggy. So grab your scissors and join us for a night of makeovers, stars, laughs, tips and celebrity home haircuts overseen by the best stylists in the world,” said executive producer Tom Forman.