CBS president and CEO George Cheeks told TheWrap on Wednesday that even if NBC plans to dump its 10 p.m. hour shows, CBS does not intend to follow suit.

“We are committed to 10 p.m. and continuing our ratings success in that time period,” Cheeks said in a statement. Some of the network’s biggest hits air at 10, including procedural dramas “Blue Bloods,” “FBI: Most Wanted” and “NCIS: Hawai’i.”

His comments come after Hearst TV chief Jordan Wertlieb predicted that ABC and CBS would also likely hand over their 10 p.m. slot to their local affiliates if NBC does. 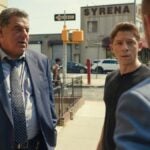 Wertlieb was part of Wednesday’s panel at NAB Show New York where the potential game-changing move was discussed. Panelists, including Valari Staab, an NBCUniversal Local chairman, Chris Ripley, president-CEO of Sinclair Broadcast Group, were in favor of trimming the third primetime hour. Staab stated that handing the slot to affiliates would be “a huge opportunity for us across the board.”

CBS’s Dick Wolf block, “FBI,” “FBI: Most Wanted,” and “FBI: International,” continues to deliver top ratings for the network on Tuesdays. Last week‘s total average viewership of “Most Wanted” was up with 5.4 million viewers, according to Nielsen’s live plus same-day figures. 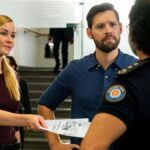 Monday’s episode of “NCIS: Hawai’i” received 0.38 in ratings and nearly 5 million total viewers on average, a full point up in ratings from the week prior.

The Season 13 premiere of “Blue Bloods” was also a win, with 6.4 million viewers.

And the 10 p.m. shows continue to be a strong intro to “The Late Show with Stephen Colbert,” which draws 30% of its viewers from its scripted lead-ins, per the network. 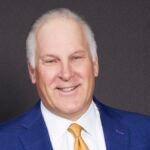