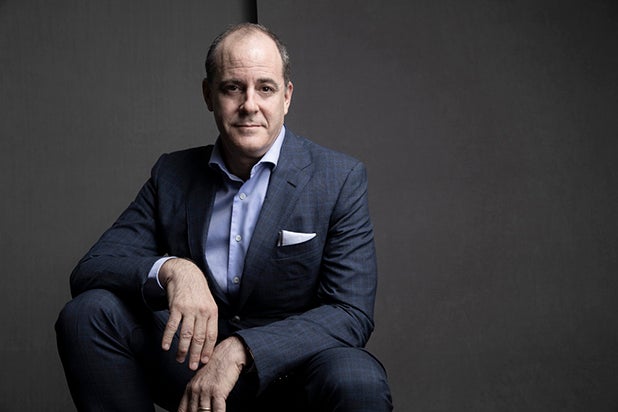 Showtime CEO David Nevins is taking on a larger role within parent company CBS Corp, as the company has named him chief creative officer.

As part of the new role, adds oversight of CBS Entertainment, CBS TV Studios and the company’s stake in The CW, which is a joint venture with Warner Bros. He will also work with CBS Interactive on programming for CBS All Access, the company’s subscription streaming service that was launched 2014.

Additionally, Nevins will add chairman of Showtime to his existing CEO duties. He’ll also bring along a familiar face with him: In a separate announcement, CBS named Showtime’s CFO Christina Spade to the same role with CBS Corp.

“We have great strength in the creative leadership across the company’s content divisions, and I am excited to get to work with the talented teams that run CBS’ programming services,” said Nevins. “Together, we are committed to growing our businesses, offering industry-leading shows that are among the most powerful and most loved across broadcast, streaming and premium cable.”

CBS All Access is significantly ramping up its original series output to compete in the high-stakes “streaming wars” with tech giants Netflix, Hulu, Amazon, and soon-to-be WarnerMedia, Apple and Disney.

Later this month, it will debut its dark fairy tale drama, “Tell Me a Story,” which will mark “Sex and the City” star Kim Catrall’s return to series TV. The service also has Jordan Peele’s upcoming “Twilight Zone” reboot, which cast Sanaa Lathan in an episode (titled “Rewind”) last week.

Nevins’ increased role comes amid upheaval for CBS, following the resignation of former CEO Leslie Moonves after multiple sexual misconduct allegations. Joe Ianniello is currently leading the company as president and acting CEO, while the CBS board searches for a permanent replacement.

“David has a brilliant creative mind and an impressive track record of success at Showtime and in the entertainment industry,” said Ianniello. “He is a forward-thinking leader who has driven programming excellence and subscriber growth for the cable network and its growing over-the-top service. The combination of David working with the outstanding and proven creative leaders we have in place will continue to build our position as a global premium content powerhouse.”

Nevins first joined Showtime in 2010 and took over as CEO from longtime former chief Matt Blank in 2015. Under Nevins’ stewardship, Showtime has launched series including the Emmy-winning “Homeland,” “The Affair,” “Masters of Sex,” “Shameless” and “Ray Donovan.”

As for Spade, she’ll oversee all financial operations of CBS Corp., including treasury, tax, accounting, internal audit, information security and real estate. Spade served as executive VP and CFO and strategy for Showtime since February 2013, where she helped scale Showtime’s streaming service, which launched in 2015. Spade has been with Showtime for 22 years and is one of the highest-ranking female finance executives in the industry.

“Chris has been a successful financial executive at one of our most profitable businesses for a little over two decades,” said Ianniello. “I’ve been fortunate to work closely with Chris as a key member of the Showtime leadership team, and I am confident that she will now make even greater contributions in her new role.”