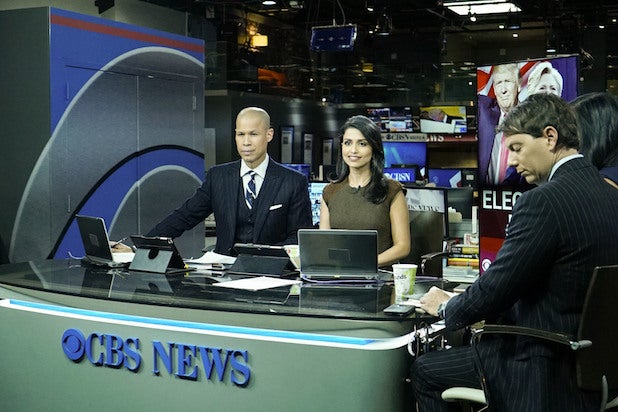 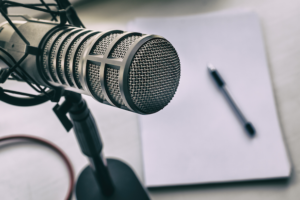 What Makes a Great Podcast? 7 Hosts and Producers Weigh In

CBS News Digital Audience Strategy: ‘No Need to Pander to Any Demographic’

”It’s insulting to ‘younger viewers’ to suggest that they want their news differently than anybody else,“ CBS News General Manager Christy Tanner tells TheWrap

When it comes to delivering news to young consumers,  EVP and General Manager of CBS News Digital Christy Tanner says there’s no need to tailor the way stories are created or distributed — and doing so can be “insulting” to the viewer.

“As far as we’re concerned, a news viewer is a news viewer, and there is really no need to pander to any demographic,” Tanner told TheWrap. “To me, saying that you need to do differently for younger viewers would be akin to saying you need to speak more slowly when you are talking to an older viewer because they might be hard of hearing.”

While the strategy may differ from competitors, such as ABC News, which draws a clear line in the sand between content for digital natives and programming for older viewers, it has so far been effective for the news organization. The company’s 24-hour streaming network, CBSN, is now averaging 1 million video streams a day or around 30 million a month. For comparison, ABC’s 24/7 digital news stream garners around 5 million views a month. ABC News’ live stream launched in April 2018, four years after CBSN.

Instead of reformatting for younger viewers, CBSN’s strategy relies on unbiased news coverage, distributing on platforms with healthy monetization opportunities, and teamwork between the entire company, Tanner said. Additionally, CBSN is starting to target specific cities in the US with the launch of two local live streams: CBSN New York, which launched in December, and CBSN Los Angeles, which went live earlier this month.

Tanner shared her thoughts with TheWrap:

Is it necessary to create news programming with a faster, younger feel in order to attract millennial and Gen Z audiences?

It’s insulting to “younger viewers” to suggest that they want their news differently than anybody else. It just is unnecessary. We see no demand for it. And we have an average age of 37 with the news products that we have right now, which would be a very strong indication that viewers of all ages are watching our news programming.

I would also just say that people who value the unbiased and trusted journalism that we are producing value expertise, whether it’s coming from somebody like Bob Schieffer who’s in his eighties or one of the embedded campaign reporters, many of whom are in their 20s. So expertise is expertise. We do not see viewers distinguishing between people delivering the news based on age. We see them appreciating expertise and reporting from those who are able to build trust with the audience. That can be done by any age journalist for any age viewer.

Digital news has become a crowded space, with emerging competitors like E.W. Scripps-owned Newsy and Cheddar, as well as established outlets, such as ABC News and MSNBC. How does CBSN stand out?

We are lucky to be part of a news organization with a long history of being competitive. So competitive drive is within the CBS News DNA, and we’re always looking ahead to what the audience might be interested in, and we do regular research. We obviously have a team that is very well versed day in and day out in a wide range of metrics that we’re tracking. We think that our technology product is also extremely competitive, and we’re continually looking at how we can have the best, fastest, and most ubiquitous livestream on all technology platforms.

What makes your news product and tech so competitive?

CBS News Digital is part of CBS Interactive, which is a division within CBS. And CBS Interactive, when you roll up the more than 25 brands that are under that umbrella, is the seventh largest digital entity in the United States. We have four main verticals within CBS Interactive — tech, sports, entertainment, which is All Access, and news, which is CBS News Digital and CBSN. Those four verticals and the teams within them each have their own product development and engineering teams. And we work really closely together in developing products in this emerging space.

So when we’re launching on a new platform, we may be able to tap into one of the other product or engineering teams to ask them how it went —  what worked, what didn’t. And that allows us to get from point A to point B a lot faster when we’re launching on new platforms. We’re able to draft off the technology expertise of other units, and they’re able to draft off our expertise.

Our streaming strategy is to launch on every device, service, and platform where we can monetize our inventory. So when we’re putting out numbers, the numbers that we’re putting out are on our CBS-owned platforms and right now we are on more than 20 different devices, services, and platforms. Everything from Apple TV, Roku and Amazon Fire, to Hulu Live, Xbox, and Playstation.

We think the inclusion of local streams within our CBS apps provides a richer and more robust product for the consumer. And going back to the beginning of our conversation when we talked about how we want to provide as much value as we can to viewers within the platforms that we control and own, allowing them to change the channel, whether that’s to CBSN New York, CBSN Los Angeles, ET Live, Sports HQ is something that keeps them in our environment longer, allows us to serve more ads, and from the viewer’s perspective, provides more value, variety, and choice. So we think it’s a win.

Are there any trends in terms of viewing habits that you’re seeing emerge among CBSN’s audience?

I see viewers trending toward trusted news. I see real appreciation for the unbiased political coverage that we have. I will tell you [the other day] we ran both Trump’s campaign launch rally and we ran the reparations hearing on Capitol Hill and probably received a dozen customer service emails [within a 24-hour period after airing the coverage] saying ‘We really like that you ran both of those things. They’re very different messages, and the way that you presented it was unbiased.’ I would say if I’m seeing any trend in our customer service email it’s that I’m seeing a lot more appreciation for our approach to covering the news, which is all about knowledge and not opinion.

There’s a lot of polarization in cable news right now and we are finding people turning to CBSN because they’re looking for something that is fact based and unbiased. We have a daily show at 5:00 PM that’s called ‘Red and Blue.’ It’s a political show and from the name you can tell, but it’s meant to encompass all points of view. We are seeing growing interest in people with policy issues that they want to highlight, wanting to be booked on that show.