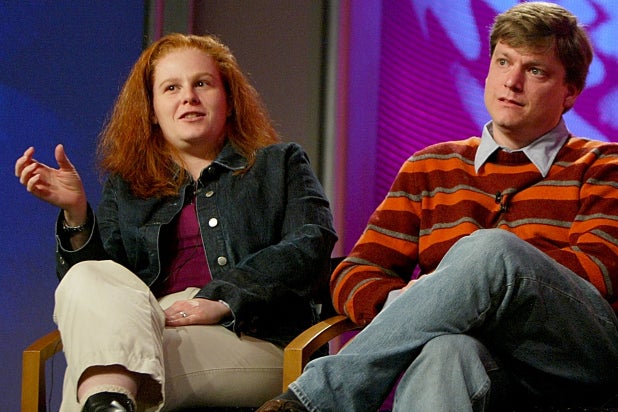 CBS has ordered a pilot for comedy “Save the Date” from married writing partners Jackie and Jeff Filgo (pictured above).

The ABC Studios/CBS Television Studios project will be written and executive produced by the couple, who have worked together on “That ’70s Show” and “The New Adventures of Old Christine,” among other shows.

“Save the Date” follows Kate, a 35-years-old and newly single woman who drunkenly books a wedding venue and is now faced with the task of meeting the right man in time.

The past two days have been busy ones for the CBS pilot grid. Earlier on Tuesday, the network ordered a pilot for an untitled Kevin Williamson (“The Following”) project about two detectives who investigate stalkers.

On Monday, CBS ordered the pilot for for therapy comedy “Good Session,” from Matt Miller and John Hamburg, as well as a pilot for the Morgan Freeman-produced “Madam Secretary,” from “Joan of Arcadia” creator Barbara Hall. The latter show will chronicle the personal and professional life of a maverick female Secretary of State as she drives international diplomacy, wrangles office politics and balances a complex family life.