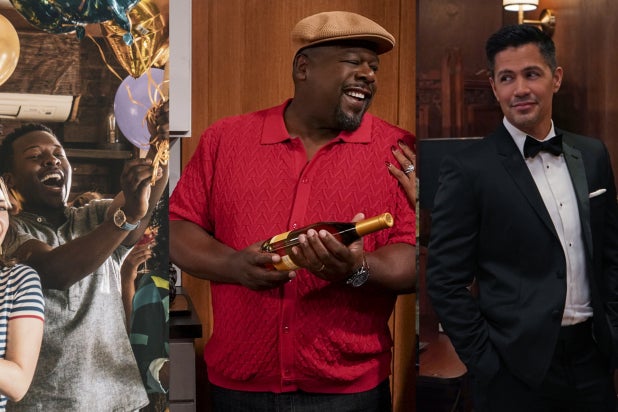 CBS handed out a trio of full season pickups on Friday, ordering more episodes of “God Friended Me,” “Magnum PI” and “The Neighborhood.”

The three are the latest freshman series to get the full season pickups from their broadcast networks, following “Station 19” (ABC) and “The Cool Kids” (Fox) on Friday. ABC’s “Single Parents,” CBS’s Dick Wolf procedural “FBI” and the NBC medical drama “New Amsterdam” also have been ordered for full seasons. NBC’s high-concept “Manifest” was picked up for a total of 16 episodes on Thursday.

Also Read: 'The Cool Kids' Gets Full-Season Order at Fox

“God Friended Me” averaged more than 10 million viewers on Sunday nights, despite airing opposite “Sunday Night Football” on NBC. The series follows Miles Finer (Brandon Michael Hall), an outspoken atheist whose life is turned upside down when he receives a friend request on social media from “God” and unwittingly becomes an agent of change in the lives and destinies of others around him.

“Magnum PI,” which sees Jay Hernandez take over the (mustache-less) role inhabited by Tom Selleck, debuted to more than 8 million viewers on Sept. 24, though it has since fallen to under 6 million for its most recent episode on Monday.

“The Neighborhood” leads off that night for CBS. The Cedric the Entertainer-Max Greenfield sitcom debuted to more than 8 million viewers on Oct. 2, and its most recent episode drew 6.4 million viewers this past Monday.