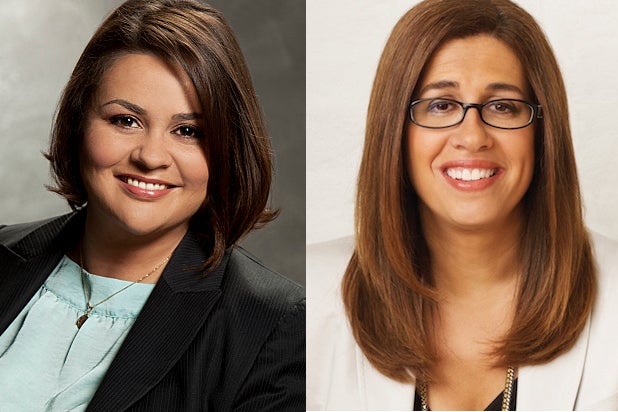 In her new post, McDaniel will be leading development for all first-run programming at the domestic syndication company, CTD. She will be tasked with creating programming across all genres, including talk and game shows.

McLoughlin, named CTD creative affairs president in 2013, will segue into a production deal.

In her new combined role, McDaniel will continue to report to CBS Entertainment Chairman Nina Tassler for CBS’s daytime programming, while reporting to both Tassler and Armando Nuñez, President and CEO of CBS Global Distribution Group, for her syndication duties.

“This move will combine creative resources and increase synergies with the most successful daytime programming operation in television,” Nuñez said in a statement. “It is a structure that works creatively and financially for the Company, and most importantly, it will effectively serve our owned stations, and all of our broadcast clients across the country. We look forward to working with Angelica and her team to develop the next generation of shows for syndication.”

“Angelica is an executive force of nature who brings incredible energy to everything she touches,” Tassler said. “She has a non-stop creative mind, is never afraid to think big and she is always in tune, if not a step ahead, with the audience who watches our shows. Angelica and the entire daytime team are excited for this new opportunity.”

McDaniel has been with CBS since August 2010, when she joined as vice president of current daytime programs. While there McDaniel helped oversee the launch of the “The Talk,” which grew by 25 percent in four years under her day-to-day supervision. She was named senior vice president, daytime in February 2012, overseeing “The Young and the Restless,” “The Bold and the Beautiful,” and also game shows “The Price Is Right” and “Let’s Make a Deal.”