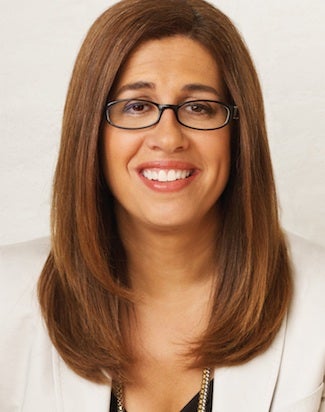 At CTD, she will serve as creative affairs president, reporting to president and CEO of the CBS Global Distribution Group, Armando Nuñez.

“Hilary is a gifted and forward-thinking executive with an outstanding resume of success for identifying and nurturing talent, as well as launching successful shows in syndication,” said Nuñez in a statement. “She also has a great track record of innovation in using digital and social media to enhance programming brands.”

In her new position, Estey McLoughlin will oversee all first-run syndication programming for CBS Corporation’s domestic distribution division. She will be in charge of current series and developing new series across all traditional and new genres of programming for the syndication marketplace.

“I am thrilled to be joining CBS, which has always been the gold standard in syndication, and to be working with Armando, Leslie [Moonves] and their first-class team,” said Estey McLoughlin. “I am looking forward to capitalizing on their tremendous assets, legacy shows, top-caliber talent and producers to create innovative and distinctive multiplatform brands that resonate for the CBS owned stations, other top station groups and across today’s syndication marketplace.”

During her 27-year tenure at Warner Bros.’s Telepictures Productions, Estey McLoughlin oversaw all aspects of the company, including its programing such as “Ellen,” “Extra,” “Judge Mathis,” “The People’s Court” and “TMZ.”

Most recently, she oversaw the successful Fox summer talk show tests, “Bethenny,” which launched in syndication this fall, and “The Real.”