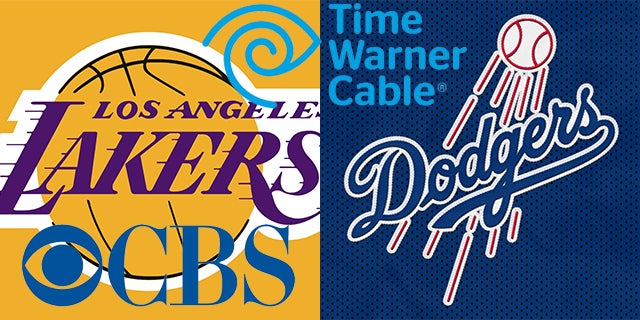 CBS took another jab at Time Warner Cable on Wednesday morning, calling media attention to a class-action suit against the company over charges to view L.A. Lakers games in the increasingly ugly battle between the two companies.

The salvo came a day after CBS boss Les Moonves accused Time Warner Cable of "grandstanding" in its negotiations over transmission fees. On Friday, TWC ranked CBS and Showtime from its lineup in several major cities, including Los Angeles.

The lawsuit was filed on June 18 in California Superior Court by TWC customers. CBS has nothing to do with it, but it certainly raises temperatures in Los Angeles.

Also read: CBS's Les Moonves to TWC's Glenn Britt: This is Not Negotiating It's Grandstanding

"In Los Angeles, TWC is on the other side of the table in terms of rights fees," CBS states in its email to press.

The suit alleges that TWC abuses its position as the primary cable provider for several Los Angeles counties and surrounding counties in its management of its rights to broadcast L.A. Lakers games, which it apparently purchased for $3 billion.

TWC then created a Lakers channel and charged its subscribers $4 a month whether or not they watch the channel, according to the complaint. That comes out to $49 per subscriber for 52 exclusive games.

The move has been a hot button issue in Los Angeles, since Lakers' away games were formerly broadcast for free. Furthermore, it affects those who aren't Lakers fans because TWC doesn't provide customers the ability to opt out of the fees.

CBS warns that the cable provider is doing the same thing with Dodgers games, which it paid nearly $8 billion for rights to broadcast.

CBS and TWC have been at a standstill on the retransmission issue for weeks with the network and its associated channels, including Showtime, going dark last Friday.

We partnered directly with the Lakers and Dodgers to cut out the expensive middleman and save our customers money in the long run. Since CBS O&O KCAL was, in fact, that middleman, it’s no surprise they disagree with our actions. We do find it ironic, however, that CBS would question moving sports off of broadcast, when they themselves announced in May that they were moving the Final Four to cable.

Customers, however, clearly like it: with the Lakers on TWC SportsNet, ratings are strong, and we just won six Emmy Awards last weekend.

Click on the image below to read the court documents: