Nancy Tellem, the longtime head of the CBS Network Television entertainment group, is finally getting her wish.

For a couple years now, people close to her have said Tellem has been ready to move on from her role overseeing most of the network’s west coast operations. She’d been in the top spot for nearly a decade, and she’d worked closely with Leslie Moonves for more than 20 years. 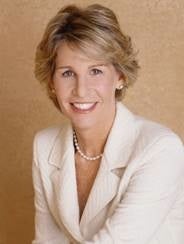 It’s not that Tellem was unhappy. But at a time when so much of the action in the TV business is happening in the new media and distribution arenas, spending so much energy on studio budgets and star contracts seemed somehow … out of the loop.

After more than a year of casual conversations with Moonves, Tellem began more serious discussions about a transition earlier this fall. And Thursday, she made it all official, telling her staff she would become a special advisor to Moonves starting next month.

She’ll also continue to oversee the company’s 50 percent stake in the CW.

Tellem took ten minutes this afternoon to discuss the changes:

So what’s behind this move? It’s not a complete shocker and yet it’s a big change.
Every day there’s more technology, there’s more change, there’s more challenge in our business. Because of my passion and curiosity, being in the position I hold now, and having the responsibility … I really didn’t have the time to really explore new business models, content creations, partnerships, whatever. Over a period of time, was very clear to me that if I wanted to follow my passion … I had to step away from the day-to-day operations. I couldn’t do both.

We’re (also) in a really strong position at the network and the studio. We’ve got an extraordinary group of executives that have worked together for a long time … (and) the team isn’t changing. This is kind the natural evolution of the company. As someone steps up or sideways, it gives everyone else the opportunity to do more.

You’ve been talking about this wih Leslie for a while.
I’ve been talking to him about all these changes and interests for years. In recent months, we’ve talked a lot more.

How did he react?
I know him quite well, he knows me quite well. As we were talking … it naturally evolved into this. He recognized my passion and seriousness about wanting to do this. He embraced my idea, and he indulged this. This is a very organic thing for where the company is right now.

Will you be staying in your current office?
I’m going to stay on the lot, but I’m going to move to other offices.

What sort of things will you do on a day-to-day basis? Will you be going on secret missions for Leslie?
We’ll see! It’s going to be further refined. The exciting thing is, I’m managing my day. When you’re not in as structured a job, it could be longer hours … but it could change day-to-day.

CBS clearly hasn’t been shy about new media, from TV.com to CNET. But in some areas, it sometimes seems like CBS is a little been conservative. Is that wrong?
I think you’re absolutely wrong. We’ve been at the forefront across the board in the new media space relative to the other media companies. In the last couple of years, we have chosen our own path. The perception and the reality is that we’ve been at the forefront.

What about the decision to not sign on with Hulu?
If you really study it, in the long term, the decision not to join Hulu, strategically, is going to turn out to be a very smart one. We really evaluate things to determine what’s good for our business … and (not joining Hulu) was a very smart decision.

Do you see things starting to turn in the media economy? We just had the Comcast-NBC deal. Are things starting to get better? Will we see more deals?
Looking at 2010 and 2011, I think you can feel the warming. The clouds are parting. I think from an advertising standpoint, you’re seeing a change in the trend. And there’s tremendous opportunity for the media business … It’s a very exciting time.

So what will you miss most about leaving your current job?
It’s been an amazing run. I’ve loved every minute working with all the people here. We’re an extremely close group. We’re connected on a personal level. What I’ll miss most in the changing of the role is the day-to-day closeness of the interaction that I had. But in the new role, I’ll still be interacting with people. It’ll just be different.