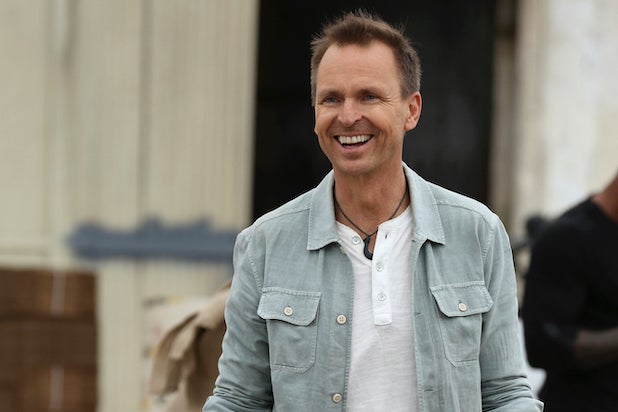 The upcoming 10-episode show “throws the spotlight on real people who are real tough in real life as a result of their physically demanding everyday jobs,” and will be hosted by Keoghan who will produce along with his wife and producing partner, Louise Keoghan.

Here’s the full description for the series, which does not yet have a premiere date:

“Tough as Nails” is about competitors who consider the calluses on their hands a badge of honor. They will be tested for their strength, endurance, agility and mental toughness in challenges that take place in the real world. One by one, they will be eliminated until the “Tough as Nails” winner is named. The series will redefine what it means to be tough, proving that it comes in all shapes and sizes, and will celebrate Americans who roll up their sleeves 24/7 and don’t think twice about working long hard hours and getting their hands dirty, in order to keep their country running.

“‘Tough as Nails’ was inspired by my proud working class family of farmers, gold miners, builders and coalminers,” Keoghan said. “I was lucky enough to spend my school holidays working alongside my grandfather, an A-grade mechanic, World War II aero mechanic, gunsmith and inventor. I’m excited to celebrate the skills of those who sweat on factory floors instead of gym floors, and those who wear work boots instead of workout shoes.”