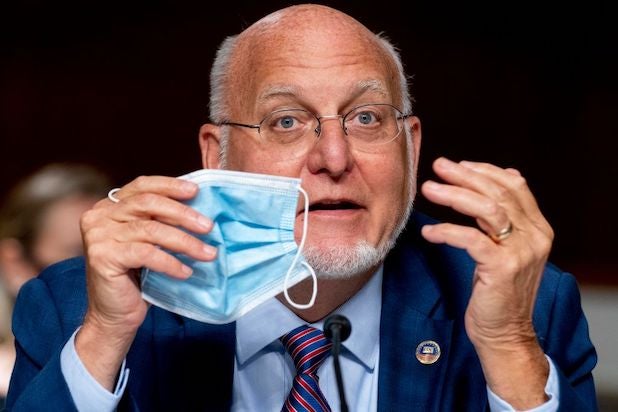 Robert Redfield, the director of the Centers for Disease Control and Prevention, said on Wednesday that a COVID-19 vaccine would not reach the general American public until “late second quarter, third quarter 2021.”

Testifying before a Senate subcommittee, Redfield — who sent a letter to state governors in late August asking that they be ready for vaccine distribution on Nov. 1 — said he expected a “very limited supply” to initially be available between November and December, and that those vaccines would need to be “prioritized.”

“If you’re asking me when is it going to be generally available to the American public so we can begin to take advantage of vaccine to get back to our regular life, I think we’re probably looking at late second quarter, third quarter 2021,” Redfield continued.

The 2021 timeline comes in stark contrast to comments from President Trump. when he said during a Tuesday town hall that he expected a vaccine to be ready in “three weeks, four weeks,” which would be sometime in early October.

But as TheWrap reported last week, even a November timeline for a COVID-19 vaccine is highly unlikely, given that the three vaccine candidates funded for Phase 3 trials by the U.S. under “Operation Warp Speed” — Moderna’s, BioNTech and Pfizer’s, and AstraZeneca’s — have an expected completion date before November. Of the three candidates, AstraZeneca’s had the earliest estimated primary completion date, Dec. 2, but the company’s trials continue to be paused in the U.S. due to safety concerns.

Meanwhile, Redfield also said in his Senate testimony that facemasks were “more guaranteed” to protect him from the virus in case the vaccine does not successfully trigger an immune response.

“I might even go so far as to say that this facemask is more guaranteed to protect me against COVID than when I take a COVID vaccine because the immunogenicity may be 70%, and if I don’t get an immune response, the vaccine’s not going to protect me. This facemask will,” he said.

Sen. Kennedy: When do you think we'll have a vaccine ready for the public?

CDC Dir. Redfield: Vaccine initially available in Nov.-Dec. but in “very limited supply.” If asking when is it going to be generally available to the American public, you’re looking at late Q2-Q3 2021. pic.twitter.com/AopPUTsd9K