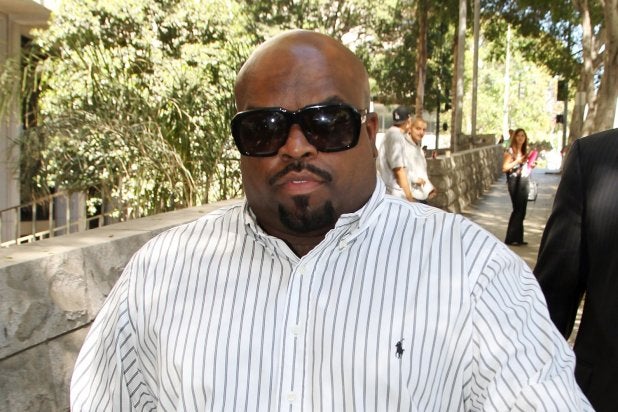 CeeLo Green has taken to Twitter to apologize for the offensive tweets about rape he allegedly wrote. “I truly and deeply apologize for the comments attributed to me on Twitter,” he wrote, insisting that they were not representative of what he believed.

The post came late Tuesday night, hours after TBS announced that it was cancelling his reality series “The Good Life.” The decision came on the heels of a tumultuous holiday weekend for the former “Voice” coach, though the network insists it was due to low ratings.

Green pleaded no contest on Friday to a felony charge of giving a woman ecstasy, and then purportedly followed this up with a series of controversial tweets about rape on Sunday, which have since been removed from his account. “People who have really been raped REMEMBER!!!” he allegedly wrote in one of the tweets.

I truly and deeply apologize for the comments attributed to me on Twitter. Those comments were idiotic, untrue and not what I believe.

TheWrap has been unable to definitively confirm that Sunday’s tweets were sent by Green.

In the ecstasy case on Friday, Green entered a special plea in which he maintained his innocence, which prevents his no contest plea from being used against him in civil court, according to the Associated Press. Green, whose real name is Thomas DeCarlo Callaway, was sentenced to three years probation and 45 days of community service.