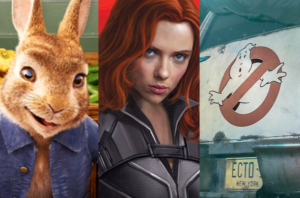 Last night, we unmasked our new president and vice– no wait, sorry, we’re mixing up two primetime telecasts here. Among the broadcast-TV channels, NBC topped Inauguration Day’s “Celebrating America” simulcast, which was hosted by Tom Hanks and featured speeches by new president Joe Biden and Vice President Kamala Harris. Meanwhile, Fox revealed the identity of the guy who dressed up as a cricket on “The Masked Dancer.”

The “Masked Singer” spinoff and Fox’s 9 p.m. show “Name That Tune” did well enough to force a three-way primetime-ratings tie among adults 18-49 with NBC and ABC. NBC edged ABC for first place in total viewers.

Further down the Nielsen sheets, on The CW, “Nancy Drew” experienced a rough return with its Season 2 premiere. Its lead-in, the Season 5 debut of “Riverdale,” fared a little better — but still not well.

Also Read: Without 'This Is Us,' NBC Settles for 5th-Place Ratings Tie With Telemundo

We’ll get Nielsen numbers for the cable news coverage of “Celebrating America” later today. It would be reasonable to expect a CNN win when all is said and done.

“Celebrating America” did not air live coast-to-coast, which makes the below Nielsen numbers fairly stable. The 90-minute special ran from 8:30 p.m. to 10 p.m.

In terms of primetime averages, NBC, ABC and Fox tied for first in ratings, each with a 0.6 rating/4 share in the advertiser-coveted 18-49 demographic. NBC was first in total viewers with an average of 3.5 million, according to preliminary numbers. ABC was second in viewers with 3.4 million, Fox was fourth with 2.7 million.

Also Read: 'The Masked Dancer': Cricket Was Flattered by All of Those (Totally Incorrect) Swimmer Identity Guesses

Univision and Telemundo tied for fifth in ratings, both with a 0.3/2. Univision was fifth in total viewers with 1.1 million, Telemundo was sixth with 855,000.