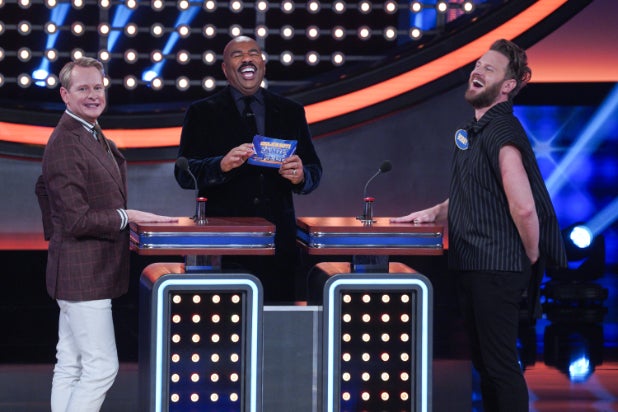 ABC premiered new seasons for its summer game shows — “Celebrity Family Feud,” “Press Your Luck” and “Match Game” — on Sunday, when the network coasted to a comfortable ratings win in the key demo.

CBS, which opened primetime with “60 Minutes” and filled up the rest with an “Indiana Jones” movie, was No. 1 in terms of total viewers.

NBC was third in ratings with a 0.6/3 and in viewers with 3 million, airing all reruns.

Fox was fourth in ratings with a 0.4/2 and in viewers with 1.2 million, also airing all repeats.

Univision and Telemundo tied for fifth in ratings, both with a 0.3/2. Univision was fifth in total viewers with 1 million, Telemundo was sixth with 916,000.