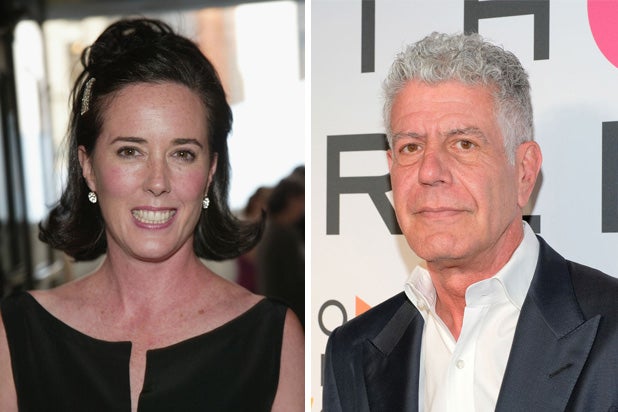 Many of us were shell-shocked at the successive suicide deaths of Kate Spade and Anthony Bourdain over the last week. Sadly, as a rabbi in Hollywood, serving a congregation comprised of many people in the entertainment industry, I have witnessed far too many similar and equally devastating events.

You don’t have to be a celebrity to feel that the weight of depression and despair is forcing your hand to end life by that same hand. The glare of celebrity does not afford what may be crucial in coming to grips with those demons: the fear that your private issues may become news fodder and damage your career. Knowing that the next news cycle or the alarm of Breaking News might announce your death, causing widespread and often false speculation about the cause, can add to the misery and confusion that precedes that final act.

Consider the despicable act or game of “deadpooling” celebrities who seem to be spinning out of control or exhibit self-destructive behavior. We seem to enjoy poking the bear when the bear is incapacitated publicly by mental anguish or erratic behavior. Then, when our ghoulish games actually bear fruit, we act shocked by the act itself.

In cases like Anthony Bourdain and Kate Spade, the public was hit unaware by the news. We only found out after the fact that Bourdain had been going through a dark period, and that Spade had a history of anxiety and depression. A few years ago, Robin Williams’ reaction to a reported diagnosis of Parkinson’s disease may have tipped the scales in a mind already battling depression.

We can only guess while others grieve.

In the lives of non-celebrities, the suicide rate keeps rising sharply despite the widespread availability of antidepressants. A recent U.S. government study found that more than half of 2015 suicides in 27 states were among people with no previously known mental health condition. This speaks to our role as friends, colleagues and neighbors in reaching out to those we perceive as hurting or in a depressed state.

As one expert stated, “suicide is a behavior not a diagnosis” — and root causes often reflect a greater psychological and spiritual need, a need to belong, to feel that we matter, that we have a future.

In that case, celebrities are no different than the rest of us. We hurt, and for whatever the reason, the impetus or the cause — the symptoms may lead to suicide as an escape. It’s not, and as we all know, the mental illness that is symptomatic of the act of suicide then infects those closest to those who commit suicide. I feel for Anthony Bourdain and Kate Spade’s daughters and loved ones. They are the ones who now have to deal with and who will suffer from the grief that suicide causes.

Death and grief do not know fame. As we see the signs of crisis in our culture manifesting in alienation and disconnection, let’s respond rapidly to those signs of profound anxiety and loneliness in family, friends and even acquaintances. The Bible commands us to “not stand idly by.”

Rabbi David Baron is the rabbi of the largest arts and entertainment-industry synagogue in the United States, Temple of the Arts in Beverly Hills, which owns the 1,900-seat, art deco Saban Theatre. His Yom Kippur services and sermons are broadcast on national television and webcast to U.S. troops overseas on the Armed Forces Network. He authored the books "Sacred Space, Sacred Moments" and "Moses on Management: 50 Leadership Lessons From the Greatest Manager of All Time." He has consulted on numerous feature films dealing with Jewish subject matter, including Ridley Scott's film "Exodus: Gods and Kings" and "Stranger Among Us."