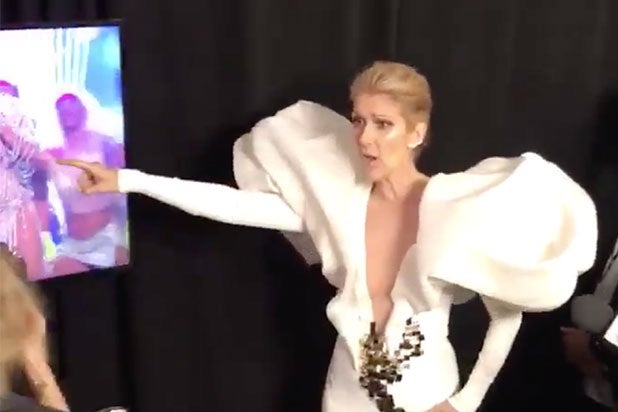 Celine Dion had to stop her backstage interview at the 2017 Billboard Music Awards to sing along to Cher‘s performance of “Believe.”

As the 71-year-old took the stage on Sunday night, Dion paused to watch the fellow performer on the monitor and started an impromptu karaoke session with reporters backstage.

Dion also performed on Sunday night, singing “My Heart Will Go On” to celebrate the 20th anniversary of “Titanic.” The singer, donning a beautiful white gown, sang the theme song while video clips of Leonardo DiCaprio and Kate Winslet from the movie played on a screen behind her.

Dion received a standing ovation — the song, one of the most iconic theme songs from a movie, won an Academy Award for Best Original Song in 1998.

Watch Dion rock out to Cher’s performance below.

Check it out #CelineDion sings along with @cher backstage at the #BBMAs!!! pic.twitter.com/sU6bdINgAa

From Tears for Fears’ “Shout” to Drake’s “One Dance,” every summer’s biggest hit, according to Billboard