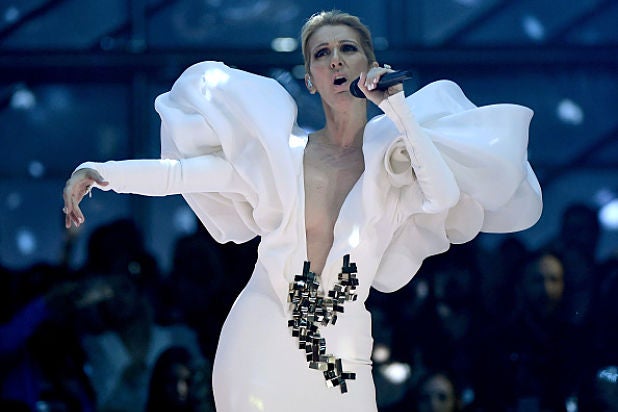 ICM Partners has won a labor dispute with Céline Dion after the agency dropped her as a client in February 2019, claiming that she failed to pay the agency and her longtime agent Rob Prinz commissions from a concert deal she signed back in 2017.

The California Labor Commission ruled on Nov. 13 that ICM would be awarded commissions on all of Dion’s performances from a Las Vegas residency and a global tour under an Omnibus Agreement.

Dion’s deal was valued at half a billion dollars, but the Labor Commission wrote that even despite the size of the dispute, it could consistently apply the ruling that a “talent agency is generally entitled to receive post termination commissions for all employment secured by the agency prior to its termination.”

The lawsuit continues, “Commissions are owed post termination for monies negotiated by the agent during the term of the agreement and the artist cannot unilaterally determine there is no further obligation to pay for work already performed.”

Céline Dion’s Vegas residency at Caesar’s Palace came to an end in 2019 after eight years and grossed $245.5 million across 375 shows. She also had a summer tour in 2018 that grossed $56.5 million, according to Billboard Boxscore. Prinz had represented Dion for 30 years dating back to 1989, and the ruling found that between late 2016 and early 2017, Prinz helped Dion and her team secure the Vegas residency and the global tour.

“We are very pleased that the Labor Commissioner listened to the testimony of numerous witnesses over several days and reviewed a significant number of documents before issuing a very thoughtful 32-page opinion which unequivocally confirmed ICM’s and Rob Prinz’s right to commission an extremely lucrative deal which they were instrumental in negotiating and procuring,” Patricia Glaser, litigation counsel for ICM Partners, said in a statement.

“This ruling leaves no doubt that Rob Prinz and ICM not only had a legally enforceable agreement to commission Ms. Dion’s AEG deal, but that, throughout her brilliant career, Rob represented her in an exemplary manner, culminating in an unprecedented touring and residency contract. As the Labor Commissioner found, agents have every right to be paid for the work they do for their clients, especially where, as here, Rob’s more than two decades of hard work resulted in raising her compensation to dizzying new levels,” Rick Levy, general counsel, ICM Partners, added.

Representatives for Dion and for her CDA Productions listed in the lawsuit did not immediately respond to a request for comment. However, back in February 2019, when Dion was first dropped by ICM, she denied the accusations of not paying commissions.

“I’m sad and disappointed by this false report that I’m refusing to pay ICM or Rob Prinz. I know that my team has made several very fair and generous offers to them and we really put a lot of effort in trying to work things out,” Dion said in a statement at the time.