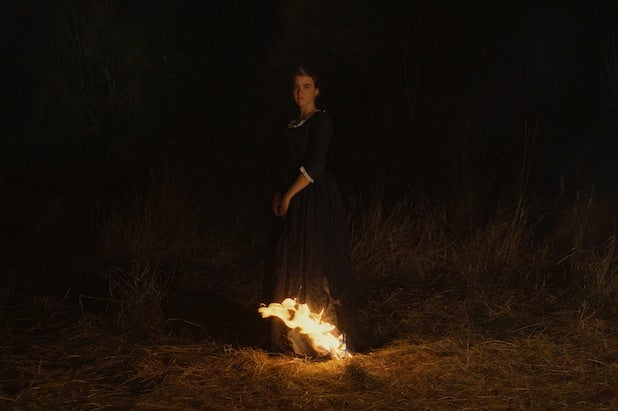 Neon and Hulu have acquired the North American rights to Céline Sciamma’s “Portrait of a Lady on Fire,” which premiered Sunday at the Cannes Film Festival in competition, the companies announced Wednesday.

Neon is planning that the love story will get a theatrical release later this year, along with an awards campaign planned for all categories.

Sciamma’s “Portrait of a Lady on Fire” stars Noémie Merlant, Adèle Haenel, Luana Bajrami and Valeria Golino and is set in 1770 in the French region of Brittany. Marianne (Noémie Merlant), a painter, is commissioned to do the wedding portrait of Héloïse (Adèle Haenel), a young woman who has just left the convent. Héloïse is a reluctant bride to be and Marianne must paint her without her knowing. She observes her by day, to paint her secretly.

“From the moment we saw this beautiful and captivating love story, we knew we had to release this film. From Céline’s writing and directing, to the absolutely absorbing performances, we couldn’t be more excited for audiences to experience this sensationally moving piece of cinema on the big screen,” Neon and Hulu said in a joint statement.

“We are thrilled by how audiences and buyers from around the world have responded to the ground breaking and emotionally gripping ‘Portrait of a Lady on Fire.’ It is sure to cement Céline Sciamma’s reputation as one of the most exciting directors of her time.  We are thrilled to be partnering with Neon to bring this progressive and potent piece of cinema to the big screen across the country.  They are one of the most dedicated and passionate distribution teams in North America,” mk2 films, which is handling global sales, added in a statement.

Also Read: Cannes Report, Day 8: Quentin Tarantino's 'Once Upon a Time ... in Hollywood' Steals the Show

“Portrait of a Lady on Fire” is produced by Bénédicte Couvreur and is a Lilies Film production.  The deal was negotiated by Jeff Deutchman on behalf of Neon and Hulu and Fionnuala Jamison from mk2 films on behalf of the filmmakers.