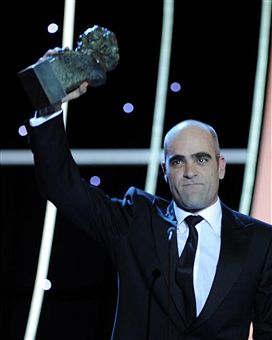 MADRID – The prison thriller "Cell 211" won eight trophies at theGoya Awards, Spain’s version of the Oscars. Among others, the box-office hit about a prison riot took statuettes for best film, best adapted screenplay and best director for Daniel Monzon at a ceremony in Madrid on Sunday night.