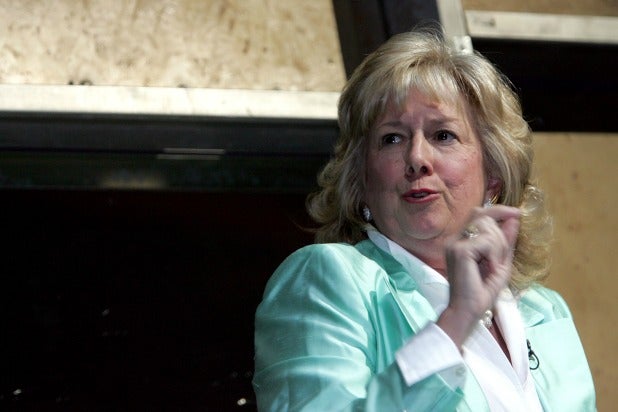 Since Ava DuVernay’s latest dive into the social justice system, “When They See Us,” dropped on Netflix on May 31, the criticism and backlash toward former New York prosecutor Linda Fairstein has been swift and strong.

Fairstein was painted as the villain in DuVernay’s four-episode limited series, and she has since been the subject of a #CancelLindaFairstein hashtag online.

When producers of “When They See Us” reached out to the prosecutor-turned-author, Fairstein made it clear she would talk to them if they were not also going to talk to the five accused (and exonerated) men in the case: Korey Wise, Antron McCray, Yusef Salaam, Kevin Richardson and Raymond Santana. Felicity Huffman plays Fairstein in the series.

“We reached out to her and there were many email exchanges with her. We asked to meet to get her perspective,” said producer and Tribeca Enterprises CEO Jane Rosenthal during a panel at the 2019 Produced By conference in Burbank on Sunday. “She insisted that we look at the transcript of the case, which obviously was part of our research. She also had been under a gag order during the [Ken Burns, Sarah Burns and David McMahon] doc and couldn’t speak, but she stated to us that she was getting many offers and that perhaps she wanted to talk to us because she had other offers.

Fairstein did not respond to TheWrap’s request for comment.

On Friday news broke that Fairstein, who has made a post-criminal justice career out of writing crime novels, was dropped by her publisher, Dutton.

According to the Associated Press, a spokeswoman for the publisher confirmed that it had “terminated its relationship” with the best-selling crime novelist.

Fairstein’s most recent book, “Blood Oath,” came out in March. Having made a name for herself as head of the sex crimes unit in the New York district attorney’s office, many of Fairstein’s other books feature the sex crimes prosecutor Alex Cooper, and include “Deadfall,” “Killer Look” and “Devil’s Bridge.”

Before being dropped by her publisher and as a boycott of her books gained steam on social media, Fairstein had already resigned from the boards of several nonprofit foundations.

“When They See Us” tells the story of the Central Park Five, the four African American and one Hispanic teenager arrested and wrongfully convicted of raping a jogger in 1989. The series, which DuVernay said she originally envisioned as a feature film, focuses on the story from the perspective of the boys and their family.

“I promised them I would tell their story. I made a promise and I intended to keep it — we all did,” DuVernay said. “It was an honor and a thrill to be able to right a wrong. A wrong was done here. We’re at fancy panels and we’re wearing pretty dresses, but this is a tragedy. This should not have happened. These boys were innocent and everything said they were innocent… To think that this happened then and to know that it’s still happening, is what got me up every morning.”