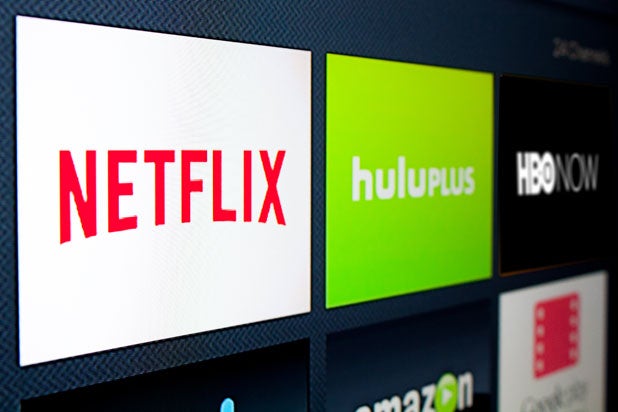 But if internet-based television going to rise up and destroy the old pay-TV edifice, it’s going to have to rely on the smart TVs and peripheral devices adding even more shine to Sin City at the annual Consumer Electronics Show in Las Vegas this week.

As manufacturers look to equip their devices with more intuitive content discovery systems and smarter interfaces that know what people want to watch and how to find it, that can make the difference between people cutting the cord and putting their faith in streaming services delivered through them — or defaulting to the imperfect, but reliable, cable and satellite packages.

“The experience matters,” Joe Atkinson, the U.S. entertainment, media and communications advisory leader at PwC, told TheWrap. “How I get the content. What kind of experience I have when I’m discovering and connecting and experiencing that content.”

A seamless and intuitive experience is the next stage for streaming TV as it becomes a truly viable alternative. Streaming services are constantly getting better, but putting together something equivalent to a Big Cable Cadillac package still requires purchasing multiple over-the-top offerings and still often missing local broadcast stations or sports channels. It’s also dependent on an add-on streaming device like an Apple TV or Chromecast, or a television set with Smart TV capabilities.

With that said, there’s a boulevard of opportunity to create a user experience and content discovery interface worlds better than the guides and menus offered by cable and satellite companies. Netflix, a tech company masquerading as a content studio, has a dashboard that’s significantly more intuitive than anything cable companies offer.

AT&T, which scooped up Time Warner for $85 billion last year, has already talked about “using customer insights for content creation.” And burgeoning content empire Amazon has its Alexa smart-home virtual assistant that could theoretically be used to interact with and direct programming in what would be a quantum leap from scrolling through the channel guide.

Atkinson said he was surprised by the change in responses in two PwC studies taken one year apart, when respondents were asked whether they thought they’d subscribe to a traditional pay-TV service a year from that date.

“About 84 percent of them said they thought they’d have cable a year from now,” he said, citing a study from two years ago. “Last year, that number dropped down to 70 percent.”

The general public seems to think internet-based, personalized, streaming TV is inevitable, but things only become inevitable when they work easily. The industry would need to offer a non-cable substitute that’s as easy as or even easier than cable. The time it takes to complete the last mile — or the last however many feet between the sofa and screen — is up to whoever is making smart TVs and streaming boxes, dongles and sticks.

Better smart TVs and devices — sometimes owned by companies with skin in the streaming TV game, like Sony, with its PlayStation gaming system and PlayStation Vue TV service — can make it easier for consumers to change. AT&T, which doesn’t make TVs or boxes, is offering a complimentary Apple TV with three months of DirecTV Now prepaid and an Amazon Fire TV stick with one month paid in advance.

Content may be the main differentiating factor in the increasingly blended world of video distribution, and is what’s driving the biggest mergers and acquisitions. But user experience — technology — is right up there, and there’s plenty of room in a still-developing industry for significantly better products.

Dish Network’s SlingTV recently saw leaked photos of its AirTV Player hit the internet, unveiling a device that basically combines an antenna with Netflix — and may debut at CES — that could offer an enticing option to streaming TV adopters looking for something to fill the local broadcast network donut hole that’s been an issue for some skinny bundles, including Sling and DirecTV Now. And Samsung, coming off a year in which its most important product literally blew up in its face, has already announced that it’s introducing new Smart TV features with an increasing level of personalization.

There’s a saying in the Silver State that it’s good business to sell pickaxes to miners rather than chase the mother lode. In an economy where corporations are willing to spend $85 billion on a gold mine of premium content to bank it for a digital future, there looks to be plenty of opportunity for those hawking the best screens and interfaces.