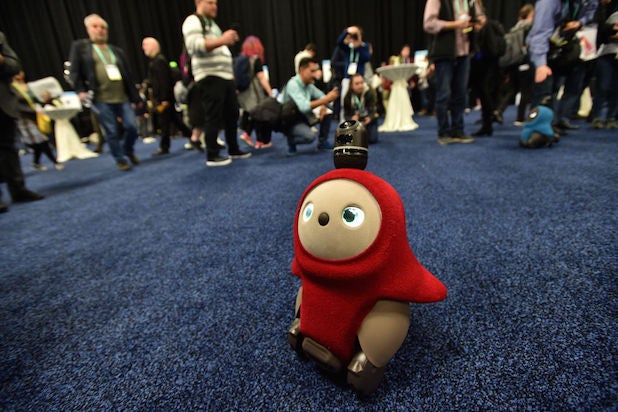 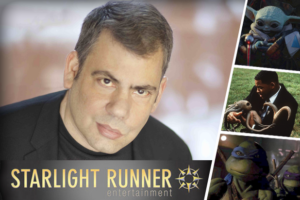 Why ‘The Mandalorian’ Saved ‘Star Wars': Starlight Runner CEO on Building Buzz Around a Story

5 CES Takeaways, From $3,000 Pet Robots to NBCUniversal’s Peacock Stuck in the Nest

”I don’t think anyone is going to be pivoting to video at the moment,“ Brian Sugar, co-founder and CEO of PopSugar, tells TheWrap

Everyone from Ivanka Trump to Jeffrey Katzenberg turned up in Las Vegas this week for the consumer technology confab known as CES.

More than 4,000 exhibitors showed off the newest high-tech gadgets, while Katenberg and former Hewlett Packard CEO Meg Whitman detailed plans for their new streaming service Quibi — while NBCUniversal execs delivered a keynote address that notably opaque about its own new streamer, Peacock.

Here are five takeaways from this year’s event that stood out to us:

1. Peacock Plans Will Just Have to Wait

If you went to CES to get a look at the shows coming to two major streaming services, you likely left underwhelmed.

NBCUniversal’s keynote address on Wednesday afternoon at the Park MGM offered no new information on the Peacock streaming service the company plans to launch this spring. How much will it cost? Wasn’t mentioned. A preview of shows like its reboot of “Saved by the Bell?” Not provided. A firm launch date? Nope.

Maybe this was to be expected. NBCU already has an investor day scheduled for next week to discuss Peacock. But in that case, why book Linda Yaccarino, the company’s chairman of advertising and sales, to deliver a CES keynote address the week before? The event was an hour-long plug for some of NBC’s top shows, with Mandy Moore coming out to talk about “This Is Us” and Terry Crews providing the keynote’s highlight by making his chest dance through his suit.

Many attendees left the event deflated that none of their Peacock questions were answered.

Quibi, the other major presenter on Wednesday, offered more details on its mobile-only streaming service  — but shied away from showing off the platform’s actual content. Katzenberg and Whitman emphasized the app’s “Turnstyle” technology, allowing Quibi viewers to experience their shows differently based on whether they’re holding their phones vertically or horizontally.

And while Quibi was sure to mention the big-name stars it’s hired — including Steven Spielberg, Jennifer Lopez, Chrissy Teigen, Kris Jenner, Justin Timberlake and Reese Witherspoon — it held back on giving any substantial preview of the movies and shows they’re producing for the platform. Quibi’s keynote still seemed to offer enough to get attendees jazzed about its release. TheWrap talked to a half-dozen attendees soon after Quibi’s presentation concluded, and all but one person said they would try it out when it launches on April 6. The main reason they were interested: Quibi’s collection of star power, which has them at least willing to download the free two-week trial.

There are two constants at CES each year: novelty robots (which often come with a hefty price tag) and huge televisions. This year was no different.

This year’s standout robot, based on the buzz at the Las Vegas Convention Center, appeared to be Groove X’s Lovot robot. Released a month ago in Japan, Lovot looks a bit like E.T. dressed up in his blanket. It has a soft body, tiny arms on each side and is designed to be a 21st-century stand-in pet, complete with a few electronic pet-like sounds that it spits out. That robot companionship will cost you about $2,800 — and it’s only available in Japan for the time being.

Other robots that grabbed CES’ attention included Charmin’s Rollbot, whose sole function is to bring owners a role of toilet paper, and BellaBot, a robot that delivers trays of food around the house.

4. The Latest in Big-Ass TVs

Big-screen TVs can never be quite big enough. Samsung turned heads once again by showing off its “Wall” mega-TV, which is about 24 feet wide, along with more bashful screens that were 88, 93, 110 and 150-inches big. But they came across more as a party trick than a product you can expect to buy anytime soon, with Samsung not releasing any pricing information.

Samsung also stood out for its bezel-less 8K QLED TV and Sero, which rotates and allows viewers to watch vertical video, if they love Snapchat video enough to actually want to see it on their TV.

5. The “Pivot to Video” Is on Life Support

Remember the “pivot to video” — when it seemed like every digital outlet was abandoning written, reported pieces in favor of creating video content? That trend now appears to be toxic, after several outlets struggled to make the strategy work financially. Brian Sugar, President of Group Nine Media — which, between media brands like NowThis and The Dodo, has more than 50 million hours of content watched each month — detailed the struggle outlets now face after shifting their focus to video.

“I don’t think anyone is going to be pivoting to video at the moment. What I’ve learned from the Group Nine folks is that to be really good at creating video, it’s not necessarily about being good at creating video itself,” Sugar said. “It’s about having relationships with the platforms and iterating with the Snapchats and Instagram around what’s the concept we think is going to work really well on your platform and let’s work together to produce shows the users are going to love and advertisers want to be a part of.”

Being successful at video in 2020, Sugar said, requires heavy investment and support from the tech giants. Without it, pivoting to video makes little sense.

“In 2017 and 2018, everyone was pivoting then, and the idea was all about how many views you can get YouTube or Facebook or Snapchat and that everything will work” out financially,” Sugar said. “And what everyone has learned is video is costly to produce and you have to do it at a level of cadence to build addiction.”

In fact, outlets should consider how invested a platform is in their content before committing the resources to produce it. “The cost associated with investing in video content is quite high,” he said, “so you better have the commitment from the platform you are making this content for.”