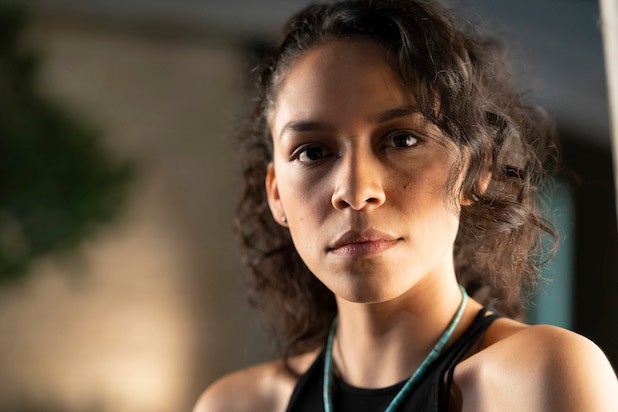 (Warning: This post contains spoilers for “Chambers” through the Season 1 finale)

If you managed to make it through the first season of Netflix’s new horror series “Chambers” and come out the other side with all your mental facilities intact, then we are here to help you sort out anything you didn’t understand with a little help from the show’s creator herself, Leah Rachel.

Alright, let’s start with that Lilith twist at the very end, when it revealed Sasha (Sivan Alyra Rose) has been inhabited by the spirit of the first wife of Adam (yes, of Adam and Eve fame), after shoving out Becky’s (played by Lilliya Scarlett Reid) soul. Where the heck did that come from?

“Well, I think the theories in general with Sasha and her trying to figure out Becky and then the twist of Lilith is you’ve got this history of misunderstood women,” Rachel told TheWrap. “I always was intrigued, especially, by the idea that Sasha this whole time thinks that her and Becky, their lives are so different and Becky is what she’s battling, only to find out that they are sort of on the same side and, in a weird way, they are partners because she sort of put her as the villain but she wasn’t. She was a victim in her own right. And Lilith, she’s kind of always been villainized, too. She’s misunderstood as well.”

So what does that mean for what a second season of the thriller, also starring Uma Thurman and Tony Goldwyn, would look like?

“I think a Season 2 would still be dealing with identities and stuff,” Rachel said. “And Sasha has a force inside of her she didn’t ask for. But also, if we were lucky enough to get a Season 2, it’s the story of, ‘What do you do with a lot of power when you’ve only ever been powerless?'”

Rachel assured that Becky is gone now (R.I.P. for real this time, girl) and then explained why Nancy (Thurman) and Ben Lefevre’s (Goldwyn) daughter was chosen by The Annex to house Lilith in the first place. You know, without Nancy knowing.

“They were looking for a young female that could hold the power of Lilith,” Rachel said. “The whole story with Lilith was she was supposed to be mankind’s original mother and she tried to get on top of Adam. He wasn’t going to deal with it, damned her to hell, got Eve and Eve became the mother of the original human race. So The Annex’s goal is to find a young woman who is strong who can handle something  like this. And Becky has always sort of been the prized possession of her family, of the community, and lucky for her because this is a ‘gift.’ And in their head, when she would eventually become pregnant she’s going to give birth to the first child in the second wave of mankind.”

We picked up on a lot of envy from Marnie (Sarah Mezzanotte) toward both Becky and Sasha over the course of the season. Rachel said that wasn’t an accident, as the daughter of The Annex’s leaders believed she would be the one to receive the honor bestowed on Becky.

“The idea was always that she’s been told since she was young [that] this gift was going to be hers, and when the day occurred to resurrect Lilith, it was going to be her,” Rachel said. “If we were to get a Season 2, you’ll find out Ruth (Lili Taylor) had a little bit of fear of subjecting her own daughter to this. So there was a protection of her own family by pretending her belief in Becky was stronger, when really she was just a little bit scared they were tapping into an energy they didn’t fully understand.”

As for what’s going to happen to Nancy (who killed Ben) and her son Elliot (Nicholas Galitzine) now that they are both trapped inside The Annex, Rachel says Nancy voluntarily entered the center because her “immediate plan is, ‘They’re going to brainwash my son and I’ve gotta go into save him.'”

“She’s already lost one kid, her husband’s dead, Elliot’s in The Annex, she sent him there, and so she’s there almost undercover,” Rachel said. “And I think we leave her there in this, ‘I’ve lost everything in my life. All I have is my son, and we might have to play a game to get out of here.'”