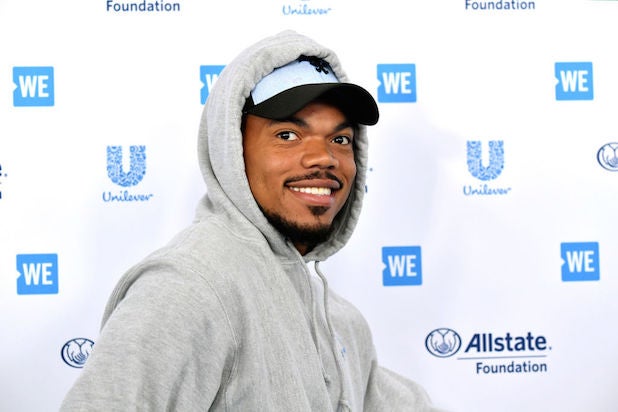 This is no joke: Chance the Rapper is set to host a new edition of “Punk’d,” the classic MTV prank series made famous by Ashton Kutcher, on Quibi, the upcoming mobile-only streaming service.

The show, which originally launched in 2003, featured Kutcher and his merry group of rabble rousers pranking unsuspecting celebrities. Justin Timberlake had the honor of being the first A-lister tricked on the show,  with the singer on the verge of crying a river after being led to believe the government was seizing his assets. Now, Chance the Rapper will take the reins and “no stars are safe,” according to a Friday release from MTV Studios.

“‘Punk’d” is one of MTV’s most iconic franchises,” the Grammy-winner said in a statement. “I grew up watching this show and it’s surreal to be in the driver’s seat this time around on Quibi.”

Celebrity appearances on the show will be announced at a later date. The show is being produced by STXtelevision in association with MTV Studios. Jason Goldberg will serve as executive producer.

The duo’s appearance came after Quibi spent much of 2019 greenlighting dozens of shows from a number of big stars, including Justin Timberlake, Jennifer Lopez, Bill Murray, Kris and Kendall Jenner, and Stephen Curry, among others. In the last few weeks, Quibi has tapped  “Rick & Morty” co-creator Justin Roiland to lead a new claymation series, Reese Witherspoon to narrate a docuseries on “fierce” female animals and Bill Burr for his own comedy series.

Quibi is looking to separate itself from a growing list of streaming services by making episodes that are a maximum of 10 minutes long. In an interview with TheWrap last week, Katzenberg said Quibi isn’t worried about competition from services like Disney+ when it comes to winning over subscribers.