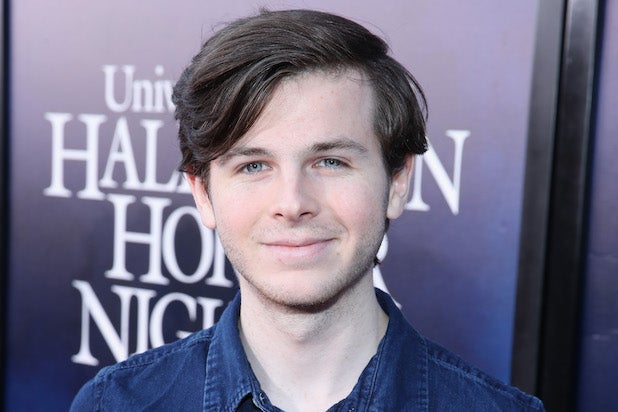 Almost one year after being killed off “The Walking Dead,” Chandler Riggs has landed his next small screen gig.

The actor, who played fan-favorite Carl on the long-running AMC series, has been cast in a multi-episode arc on ABC’s freshman drama “A Million Little Things,” a spokesperson for ABC tells TheWrap.

Riggs will play PJ, a young man Rome (Romany Malco) is introduced to. Similar to Rome, PJ has had some dark days and their encounter proves meaningful to both of them in ways each of them doesn’t even fully realize at the time. Riggs is currently signed on for at least two episodes.

“The Walking Dead” alum referenced his new gig — but didn’t reveal what it was just yet — in a tweet Monday.

“four days ago i was almost unemployed for a full year,” Riggs wrote. “right now i’m sitting on the set of season one of an incredible tv show for my first day of work. life changes really drastically really quickly.”

four days ago i was almost unemployed for a full year.

right now i'm sitting on the set of season one of an incredible tv show for my first day of work.

“A Million Little Things” airs Thursdays at 9/8c on ABC.