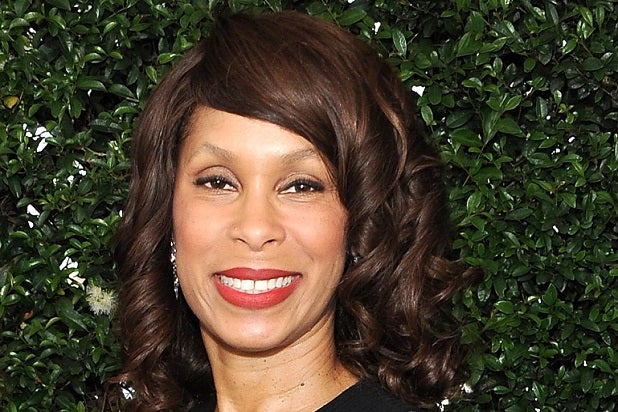 On Tuesday, new ABC Entertainment President Channing Dungey will face a crowd of advertisers during her first upfront presentation as boss.

It’s a tough spot for any new network chief, but especially so for Dungey, because the shows she will be promoting won’t be entirely her own.

Even though Dungey (pictured) presumably had the final call in picking up or squashing pilots, the fall slate really belongs to her predecessor, Paul Lee, who was pushed out in February as ABC struggled with low ratings. Because Lee ordered all the new pilots Dungey had to choose from, it could be argued that his stamp remains on the fall lineup.

Lee’s final season atop the Disney broadcast network was a rough one. ABC has settled for a 1.8 rating this season in the advertiser-desired 18-49 demographic — that’s down 18.2 percent from the prior year. In total viewers, it’s been a 14.2 percent drop to 6.8 million viewers.

Both of those numbers come from Nielsen’s “most current” ratings, which include seven days of delayed viewing where available. The demo one places ABC fourth among the Big 4 broadcasters, the overall audience count was good enough to let Dungey’s net leapfrog Fox for third in total viewers.

Considering ABC finished fourth in that main age-range for 2013-2014 (it topped Fox over 2014-2015), the bottom of the barrel is becoming all-too-familiar territory.

Thankfully for ABC, there are some positives.

ABC has a pretty stable lineup — the network gave fairly early renewals to 11 scripted series. Low-rated dramas like “Blood & Oil,” “Of Kings and Prophets” and “Wicked City” are gone, as well as “Nashville,” a soap that had an established but never huge fan base.

ABC is the only one of the Big 4 without NFL programming. Excluding sports, ABC would actually tie CBS for first in the main demo, both with a 1.9 rating.

Another positive point for Dungey & Co. is the affluent audience that ABC draws. Sans sports again, the network is tops this season among adults 18-49 from homes with $100,000-plus in annual income.

That may not help ABC bring in its own big bucks. While analysts at Nomura predict that overall TV trends will see all four main broadcast networks achieve positive year over year growth from the upfront market, ABC is expected to see the smallest lift (an estimated 2.8 percent) and second smallest dollar rise ($1.85 billion).

So, Dungey’s got talking points and she’s got challenges — but does she have the new programming for 2016-2017 to make people forget about 2015-2016? We’ll find out a bit on Tuesday, some more through summer ad buys – and of course, with the ratings this fall.

'Nashville': 9 Crazy Twists That No One Saw Coming (Photos)

Spoiler alert: TheWrap looks back on some of the wildest plot twists in ABC country music drama’s four seasons

"Nashville" is the story of reigning country music queen Rayna (Connie Britton), who feels threatened with the arrival of young sensation Juliette (Hayden Panettiere). But the two eventually come to terms and help each other navigate the drama-filled world of country music