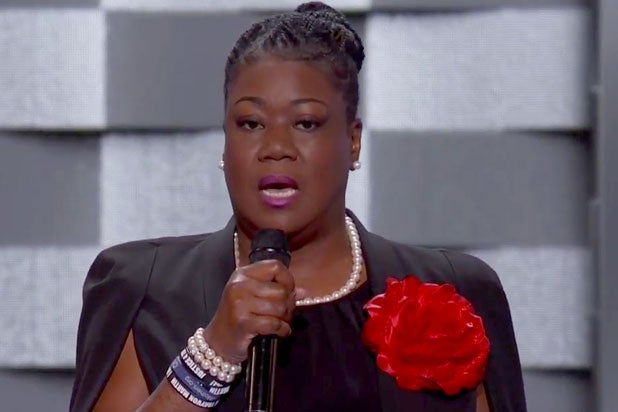 Mothers of killed black men and women brought a lot of tears to a lot of eyes at the Democratic National Convention Tuesday as they called for peace between police and the communities they protect and serve — and for protecting black lives.

“This isn’t about being politically correct,” said Trayvon Martin’s mother, Sybrina Fulton. “This is about saving our children.”

She said she supports Clinton because she “has the courage to lead the fight for -sense gun legislation.”

The “Black Lives Matter” chants began before the women took the stage, and resumed as they left.

In between, the mothers told their stories and pleaded with the audience and voters not to forget their children’s names.

“I’m still Jordan Davis’ mother,” said Lucia McBath. “I lived in fear that my son would die like this.”

But she also stressed that “the majority of police officers are good people doing a good job.”

To that end, earlier in the evening the Democrats welcomed Pittsburgh Police Chief Cameron McLay, who talked about the importance of police working together peacefully alongside the people they protect and serve.