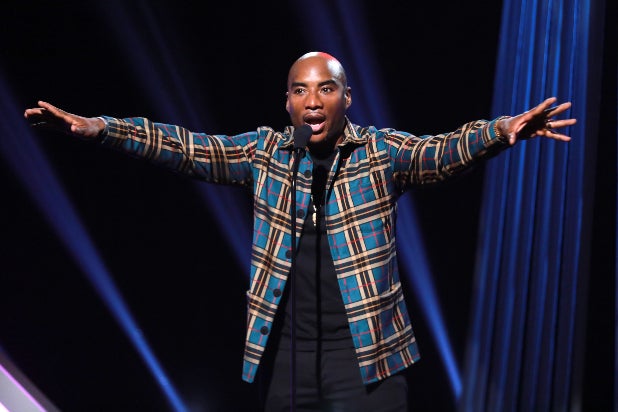 The hip-hop shock jock known to some as Hip Hop’s Howard Stern bites his tongue for no one and is extending the reach of his outspoken media empire through a new partnership with commercial podcast publisher iHeartMedia.

The Black Effect Podcast Network will curate a list of “culture-shifting voices” to fill out the network’s roster, including “The Breakfast Club” podcast, a podcast that replays Charlamagne’s syndicated hip-hop and rap culture radio show “The Breakfast Club,” which boasts roughly 4.5 million weekly listeners weekly. “The Breakfast Club” show is broadcast nationwide by iHeartMedia radio station Power 105.1 and televised by Sean Comb’s Revolt TV, while the podcast is distributed through iHeartMedia on most major podcast platforms. McKelvey has worked with iHeartMedia since he began hosting the show in 2010.

The Black Effect Podcast Network will launch at an undetermined date this fall with 18 shows and has plans to link with celebrities to create limited podcast series promoting their work, including films or music releases. Actress Tiffany Haddish will executive produce a show with comedian and drag queen Flame Monroe called “Laugh and Learn,” while former Destiny’s Child member Michelle Williams will host a podcast called “Checking In.”

“Blackness has an immediate, culture-shifting effect on everything,” Charlamagne said in a statement Wednesday. “Blackness controls the cool. Blackness is the culture, but Black Voices are not monolithic… The only way to appreciate the diversity of thought and experiences in Black culture is to build a platform for those voices to be heard. The vision for The Black Effect is to amplify, elevate, and empower emerging and established talent.”

Charlamagne said the Black Effect Podcast Network’s aim is to help the creators it signs (particularly up-and-coming artists) to build wealth and retain ownership of their content — and, potentially, stakes in the company.

“Our goal is to shift the narrative from Black creators signing transactional deals, to instead forming legacy partnerships that build generational wealth while allowing each creative to have an equitable stake in their future,” Charlamagne said.

9 Stars Who Just Need an Emmy to EGOT, From Elton John to Stephen Sondheim (Photos)