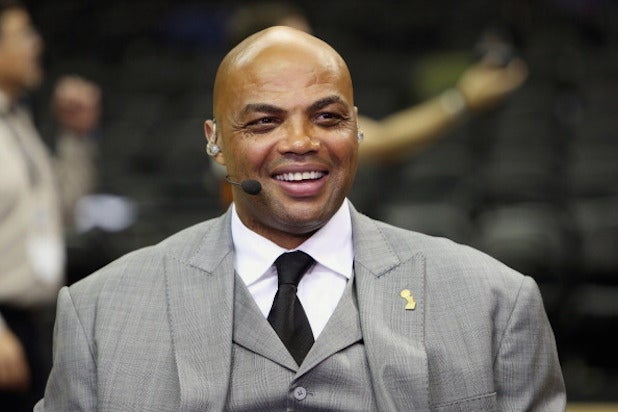 Charles Barkley supports Republican presidential candidate John Kasich, but plans to vote for a Democrat if anyone but the Ohio governor gets the GOP nomination.

Speaking with TheWrap at NCAA Tournament media day, Barkley said Republicans do “a really good job of making black folks, poor white folks and Hispanics not like each other.”

“I’m gonna vote Democratic,” Barkley said when asked who he’d support if Kasich isn’t the nominee. Barkley said he endorsed Kasich because he “talked about inequality.”

“Race is important and significant but America is rich people vs. poor people. Kasich is the only guy I’ve ever heard talk about that,” Barkley said. “Republicans do the best job of making white folks, black folks and Latinos not like each other. All they ever talk about is immigration. The notion that illegal immigrants are ruining our country and taking jobs that we actually want is total bullshit.”

If you haven’t gathered as much already, Barkley, an NBA Hall of Famer turned outspoken commentator, is a political wild card. He declined to state a preference between Hillary Clinton and Bernie Sanders.

He said he usually votes Democratic, but isn’t sure why so many African-American voters do: “I’m trying to figure out exactly what they’ve done for us,” Barkley said. “I’ve always voted Democratic. Always. I don’t know why.”

Barkley told TheWrap on Tuesday that “if the poor people ever get smart” they will rise up against the politicians trying to divide them.

“All the poor white people, all the poor black people and Hispanic, they’re in the same boat. They got no economic opportunity growing up in a shitty neighborhood. They go to a shitty school and they spend all their time blaming each other because rich people throw words at them like ‘illegal immigration’ and ‘racism,'” Barkley said.

“That’s, to me, worse than a few Hispanics that come here to work their behind off. But if you’re a poor white person and your life sucks, it’s easy for you to blame Hispanics. ‘Cause you don’t want to look in the mirror and say, ‘I’m the reason my life sucks,'” Barkley said.

Barkley said he would absolutely vote for Clinton over Donald Trump, but he understands why Trump has so much momentum.

“We’re in a TV ratings business now in politics. So that’s just the way it is now. I think one of the reasons Donald Trump is winning, he does great sound bites. Same reason why my guy [Kasich] is not getting any footage, he doesn’t make sound bites,” Barkley said. “That’s the cycle we’re in now. You’ve got good sound bites, TV is going to follow you.”

Barkley, like Trump, has a gift for earning free press with surprising statements. But he said he doesn’t have any desire to enter politics, and would rather not be compared to the Republican frontrunner.

“I hope I don’t insult that many people. I don’t think you can compare us two,” Barkley said. “The whole thing has turned me off because it’s gotten to the point where I watched the last eight years of Barack and Republicans disagree with every single thing he says or does. I feel bad for these people. I feel bad for the America people.”

“Even with this election, they disagree on every subject,” he added. “If that’s not the silliest shit… there is not a person in the world I disagree with on every subject. That’s impossible.”

He said he’s resigned to the fact that Kasich probably won’t be the Republican nominee, even if he wins Ohio. Regardless of what happens in November, Barkley keeps things in perspective.

“It has zero effect on my life who the president will be,” he said. “I’m gonna be rich either way.”