The original series from CBS Studios stars Sutherland as John Weir, a master of deception in the world of corporate espionage, who is framed for murder by powerful forces with the ability to influence and control populations.

The eight-episode season will premiere exclusively on Paramount+ later this year. 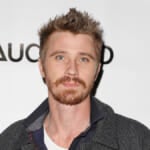 The series will also be available on Paramount+ internationally in Canada, Australia, U.K., Italy, Germany, Switzerland, Austria and France.