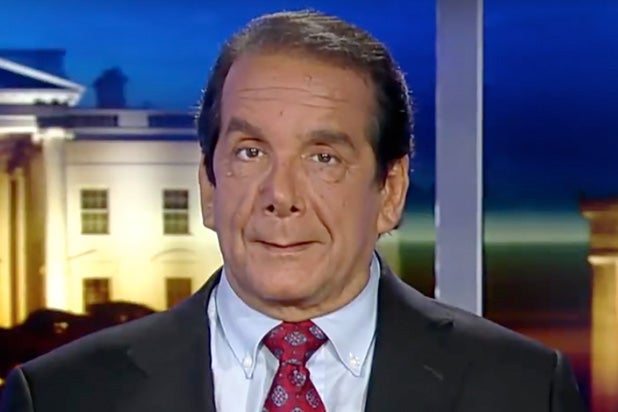 Charles Krauthammer, a columnist for The Washington Post and Fox News commentator, died on Thursday after a losing battle with cancer, the Post reported. He was 68.

The Pulitzer Prize-winning columnist, long hailed as a leading voice in American conservatism, revealed in a letter earlier this month that he had just weeks to live after the return of a cancer he thought had been treated successfully.

“We are deeply saddened by the loss of our colleague and friend, Charles Krauthammer. A gifted doctor and brilliant political commentator, Charles was a guiding voice throughout his time with Fox News and we were incredibly fortunate to showcase his extraordinary talent on our programs,” said Fox News CEO Suzanne Scott in a statement. “He was an inspiration to all of us and will be greatly missed. Our thoughts and prayers are with his beloved wife Robyn and his son Daniel.”

Krauthammer, who had undergone surgery for a cancerous tumor in his abdomen in August 2017, said in his letter that the cancer had returned just as he seemed to be on the road to recovery.

He had stopped appearing on Fox and writing his syndicated column in August 2017, due to the cancer.

“I believe that the pursuit of truth and right ideas through honest debate and rigorous argument is a noble undertaking. I am grateful to have played a small role in the conversations that have helped guide this extraordinary nation’s destiny,” Krauthammer wrote in his letter. “I leave this life with no regrets. It was a wonderful life full and complete with the great loves and great endeavors that make it worth living. I am sad to leave, but I leave with the knowledge that I lived the life that I intended.”

Krauthammer was honored with a moment of silence during Thursday night’s Washington Nationals baseball game.

Moment of silence for @krauthammer at @nationals Park tonight pic.twitter.com/9tJzBe9DiT

Krauthammer graduated from Harvard Medical School in 1975 after a diving accident left him paralyzed from the neck down. He began his career in medicine as a psychiatrist before transitioning to writing in the 1980s. He began a weekly political column in The Washington Post in 1985, and won the Pulitzer Prize two years later.

Before working at the Post, Krauthammer wrote and edited for The New Republic and Time Magazine. He would later become a panelist for PBS’s “Inside Washington” and a political commentator for Fox News.

Also Read: Former Buffalo Bills QB Jim Kelly Says His Cancer Has Returned: 'I Know That God Is With Me'

Krauthammer was considered at one point “the most important conservative columnist” in America, which New York Times columnist David Brooks called him in 2010.

“His always principled stand on the most important issues of our time has been a guiding star in an often turbulent world, a world that has too many superficial thinkers vulnerable to the ebb and flow of fashion, and a world that, unfortunately, has only one Charles Krauthammer,” Murdoch said in a statement at the time Krauthammer revealed his cancer had returned. “His words, his ideas, his dignity and his integrity will resonate within our society and within me for many, many years to come.”