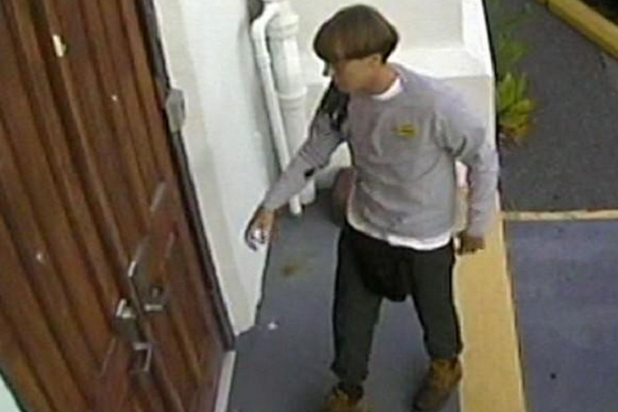 Hollywood is thinking about the victims of another tragic shooting spree in America.

A number of movie stars, TV stars and musicians took to Twitter to send their thoughts and prayers to those affected by Wednesday’s shooting at the historic Emanuel AME Church in Charleston, South Carolina.

Nine people were killed at the African-American church by a white gunman, now identified by the FBI as 21-year-old Dylann Roof, according to ABC News. The suspect, who opened fire on a bible study group, was taken into custody Thursday. Authorities are describing the church massacre as a “hate crime.”

2016 presidential candidate Hillary Clinton called the incident “heartbreaking,” while Taylor Swift described it as an “unbearable loss of lives” and John Legend tweeted “My heart hurts.”

Below are the reactions from some of Hollywood’s top talent:

Plane landed, turned on my phone, and my heart dropped to the floor. Charleston… This is an unbearable loss of lives and innocence.

Wonder if the #transracial advocates of the past few days understands that being “black” means being a target. Still signing up? – Questlove Gomez (@questlove) June 18, 2015

The media should be ashamed. 3 hours to get on air and then gives detailed suspect description WITHOUT mentioning his race. #Charleston

Look, I’d just like a consistent, FULL description (when clearly there is one) when a mass killer is on the loose. White, black or green.

So so so exhausted by the jarring yet familiar feeling of turning on the news only to see yet another mass shooting. #Charleston #Everytown – Rachel Dratch (@TheRealDratch) June 18, 2015

Heartbreaking news from Charleston – my thoughts and prayers are with you all. -H

My heart is so broken by the senselessness of the Charleston shooting. Sending thoughts & prayers. Hatred cannot and will not prevail.

My heart aches ,its so tragic and I don’t understand? Shooting people in a church while praying? My prayers are with y’all in #Charleston

Prayers for the victims’ families & entire community of #Charleston. When will anything be done to put an end to this cycle of violence?

#Charleston, I love you. You’re in my thoughts tonight.

I don’t even know what words to use about Charleston. I really don’t. Love and thoughts are with the families and loved ones of the victims