Charlie Hebdo is a changed magazine almost 10 months after a dozen employees were killed in a terrorist siege of its Paris offices, flush with new cash but plagued by high-profile staff departures prompted by the attack’s dark cloud.

The New York Times reported on the french satirical’s recovery — emotionally and economically — following the Jan. 7 massacre, which has included a tenfold increase in readership compared to 2014 and three times the revenue from subscriptions and newsstand sales.

But the influx in cash for a magazine with a long history spent lacking it came just as a somber, post-attack pall blanketed the publication, spurring the departures of several key staffers.

According to the Times, the “solidarity that once bound Charlie Hebdo’s close-knit staff has cracked under the trauma of the attacks and discord over how to divide the publication’s newfound wealth.”

The spike in subscriptions and newsstand sales has brought millions into the paper, as well as arguments internally on how to spend it when weighing the paper’s needs versus those of the victims’ families.

“It was a bit of a double punishment,” cartoonist Laurent Sourissea, who was shot in the right shoulder during the attack and has taken months to regain motion, told the Times. Laurent, who succeeded slain editorial director Stéphane Charbonnier explained being shellshocked upon his return.

“When I left the hospital, I thought naïvely that we would all go back to working together as before. I had no idea that there would be so much chaos,” he said. 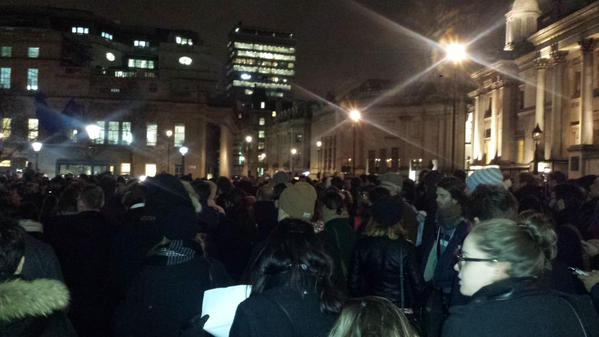 The tense atmosphere and fog of mourning have driven some at the magazine out the door. Rénald Luzier, the cartoonist who drew the first post-attack illustration depicting the prophet Muhammad holding an “I Am Charlie” through his tears, is gone.

He told French magazine Libération that the nightmares of the attack were too much to bear as he spent many sleepless nights “summoning the dead.”

And Patrick Pelloux, columnist for over decade, will resign in November. “I feel very diminished. Worn out,” he told the Times. “The newspaper that I knew is finished … I respect those who have the strength to continue. But for me, it is no longer possible.”

Editor-in-chief  Gérard Biard told the Times that trying to keep the staff together has been a challenge.

“Charlie Hebdo is a newspaper where people scream at each other,” he said. “What changed was the violence, trauma we experienced, to which every person reacts very differently.”

In October, the magazine moved to a heavily secure office equipped with bulletproof windows, an array of safety doors and a panic room. The cartoonists and journalists, known for embracing a renegade philosophy that often targets government and organized religion, are protected by a 24-hour police detail.

From Salman Rushdie to ”The Interview,“ speaking one’s mind can be dangerous