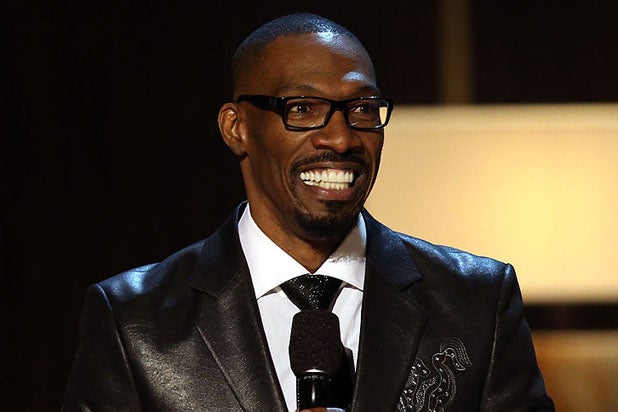 If you were dismayed to see “Chappelle’s Show” regular Charlie Murphy left out of the “In Memoriam” segment of Sunday night’s Emmy Awards, you’re not alone — Murphy’s former publicist was pretty unhappy about it too.

Domenick Nati, who represented Murphy before his death last April, said Monday that he was “very disappointed” that his former client wasn’t included in the tribute.

“I am very disappointed that Charlie was left out of the Primetime Emmy Awards last night,” Nati said. “Charlie has millions of fans who were expecting him to be honored for his life and work in film and television and it never came.”

Nati added, “I hope the Emmy producers can find some way to still honor him with the photos I sent them.”

Murphy was among a number of notable omissions, joining a list that included comedy icon and civil rights activist Dick Gregor, “Happy Days” alum Erin Moran and Harry Dean Stanton, the latter of whom died Friday.

“Thinking of my brothers Dick Gregory + Charlie Murphy. I’ll never forget you,” tweeted rapper-actor Common. “I miss you both.”

“Roger Ailes got in the In Memoriam segment, but not CHARLIE MOTHER F–ING MURPHY?” tweeted Brandt Hamilton.

Thinking of my brothers Dick Gregory + Charlie Murphy. I’ll never forget you. I miss you both. #Emmys pic.twitter.com/Ot0nfxvjMO

Roger Ailes got in the In Memoriam section, but not CHARLIE MOTHER FUCKING MURPHY?! #Emmys

RIP Charlie Murphy: 6 Things You Probably Didn't Know He Was In (Photos)

Murphy left behind much more than classic “Chappelle’s Show” sketches

Charlie Murphy is probably best known for his hilarious work as a writer and performer on Dave Chappelle's comedy series "Chappelle's Show." But the actor, who died at age 57 after a battle with leukemia, had a long career as a film actor, comedian, and voice actor. He even appeared in video games -- twice. Here are five Charlie Murphy roles you might not remember.