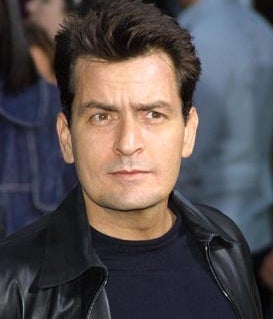 Charlie Sheen is accustomed to reading other people’s scripts throughout his movie and TV career, but the actor is set to write his own page-turner with the release of a warts-and-all memoir.

The 50-year-old’s manager, Mark Burg, is meeting with publishers about the life-story tome, according to reports from Entertainment Tonight.

The book will likely include his career highs and lows and how he went from being the highest-paid actor on television to paying out millions of dollars in “shake-downs” from prostitutes and others in the know, in his bid to keep his HIV-positive status a secret.

But now that he has come clean about his diagnosis, which Sheen says he found out about four years ago, the father-of-five is now ready to tell his story, in his own words.

His downhill spiral picked up speed in 2011 when he was famously fired from hit show ‘Two and a Half Men” after a public falling out with the show’s creator, Chuck Lorre.

Sheen then went on his “winning” tour of self destruction, with public displays of affection for his “goddesses,” erratic behavior and heavy drug use. But it was coincidentally around that same time that Sheen was also dealing with the fresh news of his HIV diagnosis, which he says was not the cause of his outlandish behavior, but it was “on the heels of that.”

Whether the public has enough appetite left for Sheen’s shenanigans to get him on a best-sellers list remains to be seen, but publishers are likely lining up to get a stake in the actor’s latest salacious chapter.