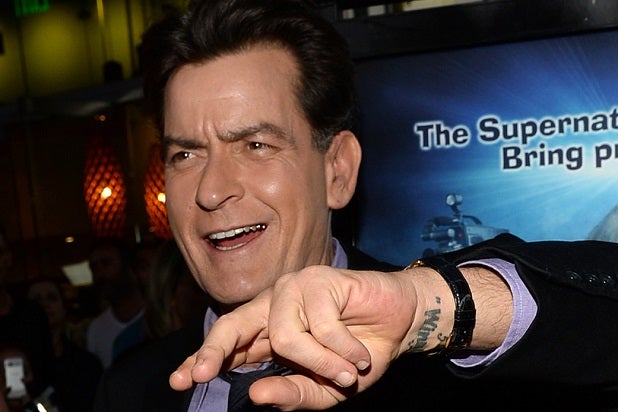 Charlie Sheen is going to war again. But this time it doesn’t involve firing off insults at his “Two and a Half Men” replacement Ashton Kutcher on Twitter.

The special, which premieres March 26 at 8 p.m., follows the Vietnam experience of — fittingly enough — the Charlie Company, who went to war in the Mekong Delta in 1967.

“Now, nearly 50 years later, they’re uniting once again to share their stories of courage under fire with the world,” National Geographic Channel said of the special. “Through gripping first-person accounts and digitally remastered archival footage, including the soldiers’ own home movies and personal audio tapes, ‘Brothers in War’ recounts the harrowing combat experiences of the men of Charlie Company — one of the last American combat infantry companies to be drafted, trained and sent to fight together in Vietnam.”

The two-hour special is inspired by the book “The Boys of ’67: Charlie Company’s War in Vietnam.”

Sheen has some experience with the subject matter: He rose to fame in the 1986 Vietnam war film “Platoon,” while his father, Martin Sheen, starred in the Vietnam epic “Apocalypse Now.”