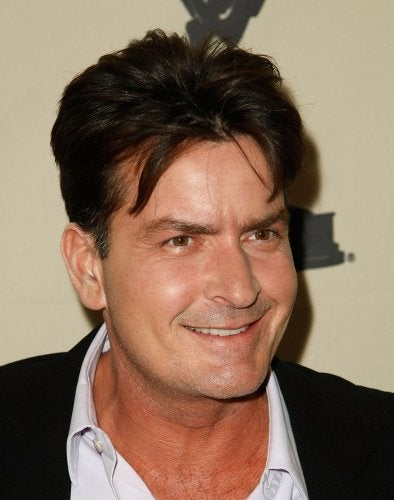 It could be six weeks before the next act in the melodrama that is the People of Colorado v. Carlos Irwin Estevez, but in the meantime an affidavit signed by the Aspen cop who arrested Estevez, better known as Charlie Sheen, will provide a good winter night’s reading.

A redacted copy of Officer Rick Magnuson’s statement, obtained by The Wrap, reads like a transcript from the reality TV show “Cops.” At the heart of it lie the charges made by Sheen’s wife, Brooke Mueller, and Sheen’s denials.

She Said: Sheen held her down on a bed and threatened to cut her throat with a switchblade. ("You better be in fear," she quoted Sheen. "If you tell anybody, I’ll kill you.")

He Said: Never happened. Nor did he try to strangle her, despite the red marks Magnuson noticed on Mueller’s neck.

She Said: Sheen had suggested he might hire some ex-cops to kill her and not leave a trace.

He Said: Nothing, apparently not having been queried about this. But he did volunteer that Mueller has a drinking problem and they’d been arguing over their kids since 3:30 a.m.

They Do Agree: She told Sheen she wanted a divorce.

They Do Agree: To underscore a point during their George-and-Martha shouting match, he snapped two pair of her eyeglasses in half.

The report is full of odd details, including Sheen’s numerous tattoos, which include “Cigarette, inside UR Arm” and “Back in 15 Min. sign, Ches.” Then there are the melancholy reminders of male fickleness: “Japanese Samuri [sic] – Being Removed” and “Yankees – Being Removed.”

Officer Magnuson did locate the switchblade inside an overnight bag in Sheen’s bedroom; it turned out to be a somewhat unsensational folding knife whose four-inch blade, nevertheless, was locked in its extended position. And the cost of those glasses? The Miu Mius run $285, while Natural Born Thriller pair go for $285.

Following Sheen’s arrest, Judge James Boyd issued a temporary restraining order keeping the actor away from Mueller – along with weapons and booze.