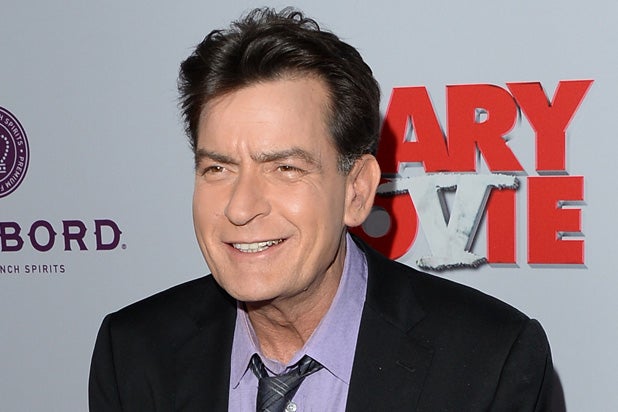 Score one for Charlie Sheen.

The former “Two and a Half Men” star has landed a victory of sorts against his ex-fiancée Scottine Ross, with a court dissolving a temporary restraining order filed against the actor, a spokesman for Sheen’s legal team told TheWrap on Thursday.

Ross sought the restraining order following a media report that Sheen was captured on an audio recording making a threat against her. The LAPD is investigating the alleged threat.

However, on Monday, Sheen’s legal team blasted back at Ross, filing an opposition to the restraining order. The filing stated, “The initiation of these proceedings is nothing more than a publicity stunt orchestrated by Scottine Ross and her attorneys.”

Sheen’s filing called the media report “unsubstantiated and uncorroborated,” saying that Ross “has no evidence whatsoever that Sheen made the alleged threats.”

“No one relevant to this dispute has reviewed that mystery recording of Sheen allegedly threatened to cause harm to Ross,” the filing reads. “Aside from reading a tabloid story about it, Ross does not know whether the recording actually exists, whether Sheen speaks on the recording, or what he allegedly says about Ross.”

Ross, a former adult-film actress who performed under the name Brett Rossi, is also suing Sheen, accusing the actor of assault, battery and failing to disclose his HIV status to her. Monday’s filing noted that Sheen has repeatedly denied her claims, and that the suit has been moved to arbitration. It also accuses Ross of trying to wring money out of the actor with her claims.

“This is just another way that Ross hopes to extract more money from Sheen — she already received over $500,000 in jewelry, private travel, and other gifts and benefits during the course of their 11-month relationship,” the filing reads. “Ross is banking on the fact that Sheen will pay her millions of dollars to avoid the negative publicity surrounding her outrageous claims. Ross should not be rewarded for her abusive litigation tactics.”