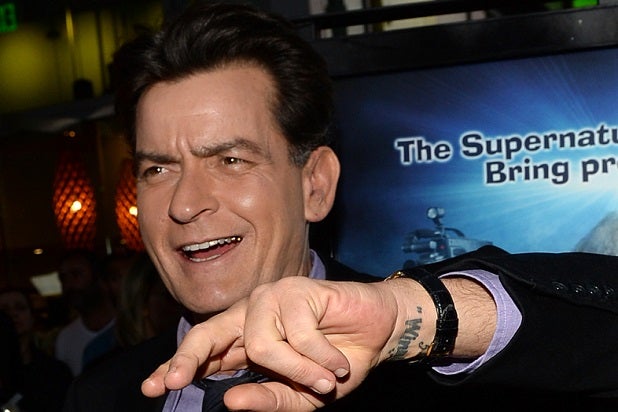 Charlie Sheen is not taking a lawsuit filed against him by his ex-fiancee lying down.

The former “Two and a Half Men” star sought Monday to dismiss the suit brought against him by former adult-film actress Scottine Ross, who claims that the actor didn’t disclose his HIV status to her, and was also physically abusive.

And he’s doing so in no uncertain terms, calling her an “extortionist.”

She also claims that their relationship was marked by violent outbursts by the actor, and that he pressured her into getting an abortion when she became pregnant because he didn’t want her to “give birth to a retarded child” who is also HIV-positive.

A motion to compel arbitration and dismiss the case filed in Los Angeles Superior Court on Monday denies those allegations, and hurls a few accusations in Ross’ direction for good measure.

“This is a case by an extortionist,” the motion begins. “Since Sheen and Rossi’s relationship ended, she has attempted to extort millions of dollars by disclosing his medical condition even though she had signed a confidentiality agreement.”

The motion continues, “Rossi was well aware of Sheen’s medical condition, and fails to mention that she was the one who inisted upon having unprotected sex with Sheen ‘like a normal couple.’ … Also, Rossi does not describe how she was having sexual relations with others while she was engaged to Sheen and having unprotected sex at Rossi’s insistence.”

Sheen’s motion goes on to accuse Ross of being motivated by money as well as revenge, and that she “attempted to control every aspect of Sheen’s life.”