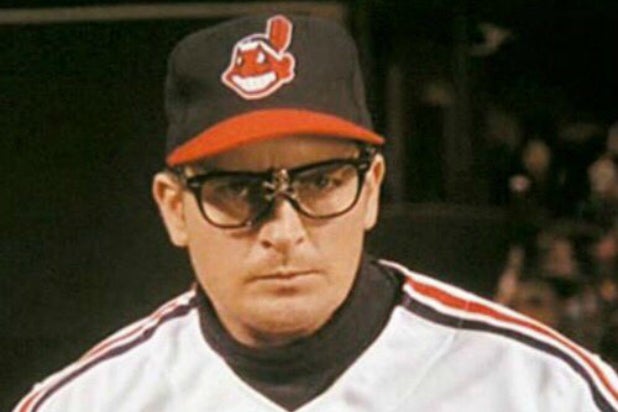 Charlie Sheen offered to throw out the ceremonial first pitch for the first game of the Fall Classic in character as Ricky “Wild Thing” Vaughn, who he made famous in 1989 movie “Major League” and its subsequent sequels.

Thanks but no thanks, actual Major League Baseball (essentially) said.

“We have already worked with the Indians to identify former franchise greats to throw out the first pitch for the games in Cleveland,” MLB told TheWrap.

We expect those names will be released on Monday.

Sheen had offered the following via Twitter: “Major League continues to be the gift that keeps on giving!” he wrote. “If called upon, I’d be honored.”

Major League
continues to be the gift
that keeps on giving!

if called upon,
I'd be honored. pic.twitter.com/ijjAU0Qvbw