Kristen Stewart, Naomi Scott and Ella Balinska are ready for action (and horse racing) in the first images of Elizabeth Banks’ “Charlie’s Angels” movie to make their way online.

The images, exclusive to Entertainment Weekly, don’t really tell us much about the upcoming reboot, but they do look pretty cool. First, as seen above, we can see Stewart, Scott and Balinska as Sabina Wilson, Elena Houghlin and Jane Kano respectively, looking at… something like they’re about to do something tactical.

Below, you can see another cool image of Sabina hanging out with Banks’ Bosley. Bosley is of course helpful person who assists the Angels in their missions and also serves as a bridge between them and their employer (Charlie, in case the title didn’t make it clear). However, in a twist Banks isn’t the only Bosley in the new film. Patrick Stewart and Djimon Hounsou also play characters named Bosley, though just how that works we have no idea.

Also below, you can see Stewart wearing colorful equestrian clothes to go undercover in a Turkish derby.

The EW preview also includes a look at Balinska’s Jane with a very disheveled Noah Centineo, a pic of of Banks behind the camera as director, and a photo of Scott’s Houghlin looking shady about something. Check out a couple of the images below, and check out the rest on EW.

“Charlie’s Angels” hits theaters November 15. Check out some of EW’s photos below. 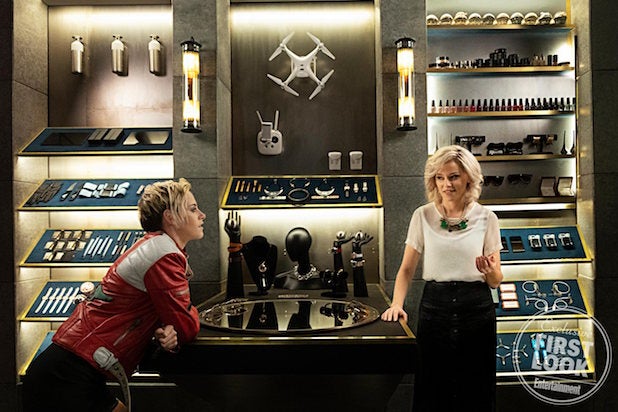 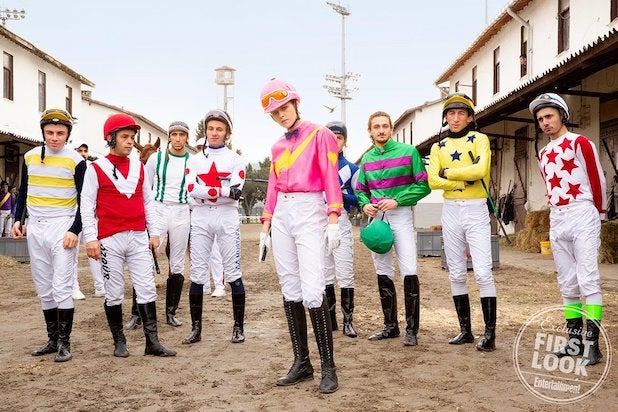